SONGKHLA: The Royal Malaysian Customs Department will step up checks at border gates to curb the smuggling of cannabis, including products containing banned substances, into Malaysia.

Bukit Kayu Hitam Customs Department enforcement chief Suhaila Mohamad Noor said the department would increase the inspection of vehicles and passengers crossing the border to avoid the entry of prohibited substances into Malaysia.

"We will make people aware that cannabis is a banned substance in Malaysia and it cannot be taken (into Malaysia) even though Thailand has removed it from its narcotics list," Suhaila told reporters.

On Friday, Suhaila held a meeting with the Director of the Enforcement Division of the Thai Customs, Tawal Rodjit, in Sadao, Songkhla, to enhance cooperation between the two countries in the fight against drugs.

It was the two agencies’ first meeting to combat drug smuggling since the opening of the country's border gates.

Thailand is the first Asian country to remove cannabis from its narcotics list and allow people to grow the plant at home.

Beginning June 9, the Thai government removed certain parts and extracts of the cannabis plant (except flowers and inflorescences) from the list of category 5 controlled narcotics, under the Narcotics Act 1979, so that it could be used for medical purposes.

However, the recreational use of marijuana, also known as ganja and cannabis, is still banned.- Bernama 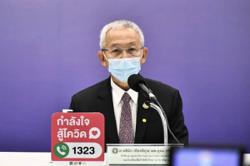