A nightmare when you end up being declared a bankrupt 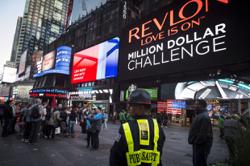 PETALING JAYA: Zura was declared a bankrupt with a massive debt of about a million ringgit when she was only 24.

She and her husband, who was her fiance then, were co-directors of a music recording company belonging to their friend who, unbeknown to them, had applied for loans under the company’s name.

ALSO READ: Look before you leap into debts

The loans were not repaid and the company was insolvent a few years later.

Zura, 41, fell into depression when she couldn’t service her debts.

The mother of three tried to sustain her family by running a small online shopping business and she attended entrepreneurship workshops.

Participants were offered loans and grants but she couldn’t qualify due to her status as a bankrupt.

“Each time I see ‘non-bankrupt status’ as a requirement for anything, I would go home and feel like banging my head on the wall,” said Zura, who had to seek psychiatric treatment.

She couldn’t open her own savings account or her children’s and she couldn’t buy a house.

Zura credits her family and friends for being her source of strength from when she was at the lowest point in her life until she was able to resolve her bankruptcy issue in 2019.

“In 2016, I got an idea to open a birthday party business and received an offer from my supplier in 2018 to purchase their shop,”, she said, adding that her mother helped to pay the deposit.

“Now, 13 years and five lawyers later, I am debt-free and I’m opening my second shop soon this month,” said Zura.

Meanwhile, Ila, 49, said she was declared a bankrupt due to her then-husband’s failure to plan their expenses.

“My ex, who is a lorry driver, also bought a car and I was named as his guarantor. I told him that our incomes couldn’t sustain buying a car. But he ignored my advice.

“After a few months, our house was auctioned when we failed to service the loans. There was still a balance of RM49,000 that we needed to pay.”

Ila, who is a factory worker, said the couple received a letter from the court over the failure to service the loan balance.

“But my ex-husband ignored the letter. He said: ‘We are not going to die, a lot of people have debts like us.’”

Nevertheless, Ila was declared a bankrupt in 2007 and since then she could only depend on her family’s sympathy to get by with her two children.

“After my husband and I divorced, I wanted to buy a car. My sister lent me her Proton Persona and I chipped in to pay her car loan. Later, I managed to buy my own car with my sister’s help,” she said.

Ila, who is still listed as a bankrupt, advised people to be prudent in their spending.

“Manage your earnings carefully, think about your future and avoid creating debts that you can’t afford to pay and always remember to service your loans,” Ila said.

Look before you leap into debts