KOTA KINABALU: A six-month grace period will be given to the public after the announcement on the new rates for the entry to Sabah Parks facilities.

State Tourism, Culture and Environment Minister Datuk Jafry Ariffin said while the increased fees were expected to be unburdensome, the transition time would give the public some adjustment before the new rates were imposed.

The new rates are still in the process of being gazetted by the state Attorney General, said Jafry, but he did not state when the updated pricing would be announced.

“If we compare with other places or destinations, our charges in Sabah Parks are still too low.

“Due to rising operational costs, various expenses are needed to be covered by Sabah Parks and it was decided that the entrance fee and various payments will be increased following the study conducted.

“Looking at the proposed rates, the increase is not that high for locals but as usual, we have higher rates for international visitors. Their currency exchange rate might still be a small figure for them,” he said.

Jafry said this to reporters at the closing of the 2nd Asia Parks Congress 2022 on Sunday (May 29).

He was asked about concerns that the fees will be doubled or tripled.

Sabah Parks had announced the possibility of increasing entrance fees to its parks like Kinabalu Park and Sipadan Island Park due to rising costs. The last fee revision was 20 years ago.

Jafry also said the increase in entrance fees was to accommodate the return of international tourists by improving the facilities there.

On the concluded event which began from Wednesday (May 25), he said this was a good example that Sabah is prepared to receive and host more international meetings, incentives, conferences and exhibitions (MICE).

He said an international tourism event might be held at Sabah International Conference Centre (SICC) in November this year where a working committee is gearing towards this.

“We hope to benefit from the economic spillover and business opportunities for locals from such conferences,” he added. 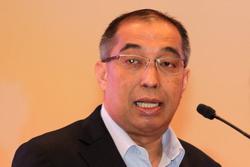