Nominations for PKR leadership council kick off at 9am 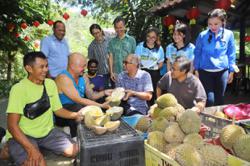 Physical nominations began at 9am and is expected to end at 5pm at the PKR headquarters in Petaling Jaya here.

Nominations will also be open for the 20 members of the central leadership council, Keadilan Youth Leadership (AMK) Council and Women’s Leadership Council.

However, the online nominations, which are conducted via the party's own internal election app called Adil, will be extended until Tuesday (May 31).

When met by reporters, Abdul Razak said that they wanted to be represented within the framework of the party.

"This is the first time that our members have officially contested in the polls.

"We want to be able to give our constructive criticism directly to the party," said Abdul Razak.