GERIK: The state government has advised residents in three villages here not to sell the land given to them by the government if anyone offers to buy it at a high price.

“The land given can be used for farming that can generate income in the long run. We should not make a hasty decision even if someone offers RM50,000 or more for a lot of land.

“Don’t be tempted by the offer as the important thing is to appreciate the value of the property. If we sell, the money will be spent in a flash but if we cultivate, we can reap the rewards for a long period,” he told a press conference after handing over the land titles at the Air Panas RPT Hall here yesterday.

Saarani added the delay in distributing the titles was due to several factors, including the fact the plots were initially owned by multiple people. — Bernama 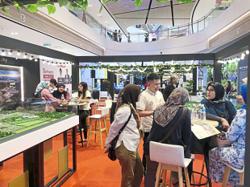