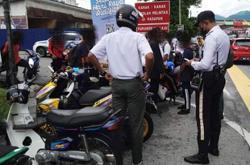 NILAI: Students of a secondary school here returning home on their motorcycles were in for a surprise when they were “greeted” by a police team at the exit gate.

In the end, 25 students of SMK Dato Mohd Said were slapped with summonses for various traffic offences including not having a valid licence or road tax for their machines and not wearing a safety helmet.

“The exercise, codenamed Op Didik, was carried out to create awareness among students of the importance of complying with all traffic regulations.

“We hope the students will take heed and from now on ensure they have a valid licence, a helmet on when riding and always following the speed limit,” he said in a post.

He added that police personnel had also met the school authorities to discuss problems related to students coming to school with their own vehicles.

“We will continue to hold such operations to educate the public in general on road safety and the importance of obeying traffic rules at all times,” he said. 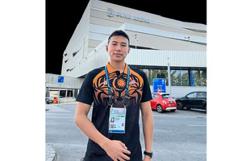