MUAR: The government expects the first flight for Malaysian pilgrims this year to be on June 4, says Minister in the Prime Minister's Department (Religious Affairs) Senator Datuk Idris Ahmad (pic).

He said this was slightly later than the previous plan to commence flights on May 31, as there was a reduction in the number of pilgrims performing the hajj this time.

"This was confirmed by the Chief Executive Officer (Tabung Haji) whom I met just now," he said, adding that the number of flights had also been halved.

He was speaking to reporters after officiating the Ar Rahnu Yapeim Akses and Yapeim Gold Akses Muar at the Mara Building compound, here, on Tuesday (May 24).

According to Idris, Malaysia was also still awaiting the Saudi Arabian government's decision on the appeal for an additional quota of 5,000 pilgrims for the Hajj season this time.

Meanwhile, with regard to Ar Rahnu Yapiem which spread its wings to Muar, Idris said this brought the total number of branches nationwide to 213.

"Besides that, in Muar, the ninth branch of Ar Rahnu Yapeim Akses (Mobile) and also the fifth branch of Yapeim Gold Akses were opened, which offer micro-credit scheme services, sale of used gold and purchase of jewellery at competitive prices," he said. - Bernama 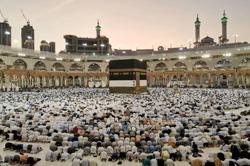 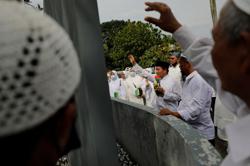