KUANTAN: A Myanmar national has been arrested here for attempting to abduct a four-year-old boy.

Kuantan OCPD Asst Comm Wan Mohd Zahari Wan Busu said police received a call at 9.45am on Sunday (May 22) informing them that a suspect had been detained by the public near Pusat Dagangan Batu 3 here.

"A mobile patrol vehicle unit rushed to the location and arrested the suspect.

"Investigations found that the suspect had attempted to abduct the child from a nearby house and was chased down by the child's father.

"The suspect was successfully detained with the help of the public near the scene of the incident," said ACP Wan Mohd Zahari.

He said the suspect would be remanded on Monday (May 23) and the case was being investigated as a kidnapping attempt.

The suspect is also being investigated under Section 6(1)(C) of the Immigration Act for not having identification documents, he said.

"The public is advised to always take care of their family members' safety and be aware of their surroundings to avoid such incidents from recurring," said ACP Wan Mohd Zahari. 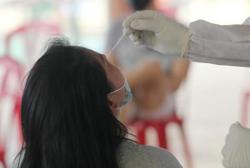 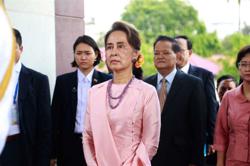