By DIYANA PFORDTEN and R. SEKARAN

GEORGETOWN: Travel stakeholders say that the five-year target for the industry to recover is too long and that business could improve sooner if the country is marketed as a competitive destination with better promotional packages.

It would only take about two to three years for Malaysia to have a booming tourism industry again if the country is promoted accordingly, said Light Hotel general manager K. Raj Kumar.

He said several measures must be put in place such as reducing red tape and simplifying Covid-19 procedures.

“The tourism sector will recover much earlier, to capture the market from Indonesia and Thailand. We are ready for business. Borders have re-opened. We need to go on an aggressive mode to promote tourism. We must be the destination of choice or we stand to lose out,” he added.

Raj Kumar also said that people are eager to travel again after two years of Covid-19 restrictions and if they choose to visit this part of the world, it was either Malaysia, Indonesia or Thailand.

“This is the time when the entire country, ministry, tourism agencies, hoteliers and airlines can put their heads together to work on how best to bring the tourists here,” he added.

“We have lost two years. Our tourism packages must have a two-pronged strategy targetting tourist arrivals and MICE. We also need direct flights which could bring in more people from particular destinations, rather than having to rely on transit flights,” he added.

Goh said the government should also quickly resolve the problem of manpower shortage.

“We can’t be promoting hotels aggressively and end up having only 70 to 80% of rooms sold due to manpower issues, which will not give a full recovery for the hotels.”

Penang Tourists Guide Association immediate past president PC Chin said recovery would be much earlier with the cruise industry picking up.

She noted that cruise liners were coming next month and that international travellers would have better spending power.

Malaysian Association of Tour and Travel Agents (MATTA) president Datuk Tan Kok Liang agreed that the five-year target for the industry to recover is too long.

“By then, most tourism small and medium enterprise (SME) businesses would have collapsed and tourism workers cannot be rehired again,” he said.

He noted that the industry is among the top three generators of foreign revenue and provided more than 14% of employment in the country.

To accelerate recovery, he said the marketing and promotion of the country must be amplified to ensure that travellers would view Malaysia as their key destination.

“Budget allocation for the private sector for international promotions will also need to be intensified,” he added.

Tan suggested that travelling into Malaysia be made more seamless by removing the on-arrival MySejahtera pre-registration.

National Recovery Council (NRC) chairman Tan Sri Muhyiddin Yassin was also of the view that the five-year target set by Tourism Malaysia for the country’s tourism sector to recover is too long.

He had raised the matter during a recent NRC meeting where Tourism Malaysia presented a report on the recovery of the country’s tourism sector, he said in his speech at the Tangga Batu Parti Pribumi Bersatu Malaysia Hari Raya open house on Friday night in Melaka as reported by Bernama.

Muhyiddin said he had requested for the matter to be reviewed.

“Three or four years will suffice because it is in this (tourism) sector that many of our entrepreneurs, both bumiputra and non-bumiputra, had been hard hit during the past two years,” he said. 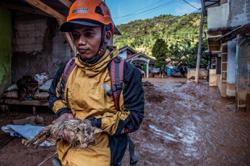