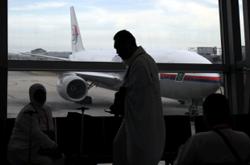 KUALA LUMPUR: Any appeal to the Saudi Arabian government to raise the haj quota for Malaysian pilgrims this year needs to take into consideration certain matters including flights and logistics.

Minister in the Prime Minister’s Department (Religious Affairs), Datuk Idris Ahmad (pic) said the quota of 14,306 pilgrims or 45% of the annual quota that had previously been received by Malaysia would now give priority to those listed to perform the pilgrimage in 2020 dan 2021.

"We will try to discuss this with Tabung Haji. We plan to make an appeal but Tabung Haji has touched on matters such as the last flight which could be too late. The earliest flight may be on May 31.

"And logistically, what needs to be considered includes getting the buses to the places such as for wukuf (in Arafah) for stoning of the Jamrah (in Mina)," he said after attending the Ruang Bicara programme at Wisma Bernama, here, on Tuesday (April 26).

Idris said an increase in quota could cause discomfort to the other pilgrims already listed for the haj this time.

Last April 21, he announced that 14,306 pilgrims from Malaysia would be going for the haj this time, constituting 45 per cent of the usual quota of 31,600 given previously by the Saudi Arabian government. - Bernama