PETALING JAYA: Over four tonnes of cigars with unpaid duties of at least RM3mil have been seized by the Customs Department in its largest seizure of tobacco products this year.

"A team of enforcement personnel checked a 6m container at West Port and found over 4.6 tonnes of cigars," he told reporters at the department headquarters on Wednesday (April 13).

Unpaid duty on the cigars came up to RM3.09mil, he added.

He said investigations revealed that the bill of lading on the shipment declared the cigars as "prayer items".

"The cigars were hidden behind rubber slippers in a bid to avoid detection," he added.

On another matter, Mohammad Sabri said the department conducted a series of operations at North Port and West Port between March 2 and 28, and detected five containers with over 75,420 litres of illicit beer.

"The beer was also hidden beneath various items in the five containers.

"The beer seized was worth RM416,254 with over RM1.9mil in unpaid taxes," he said, adding that the bill of lading for the five containers also differed from the contents.

He said the department had taken statements from five shipping representatives to facilitate investigations.

"Both cases have been classified as importing uncustomed and prohibited goods under Section 135(1)(a) of the Customs Act.

"Those with information on smuggling of alcohol, drugs, fireworks, vehicles and tobacco-based products should come forward immediately.

"We guarantee that the identities of informants will be kept confidential," he said, urging those with information to contact the Customs toll-free hotline at 1-800 88 8855 or head to the nearest Customs office. 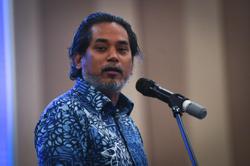 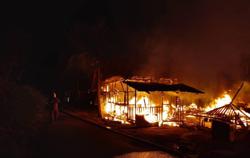