ACTRESS Vanidah Imran, who has just graduated with a master’s degree in the performing arts, paid tribute to her father for all his sacrifices. 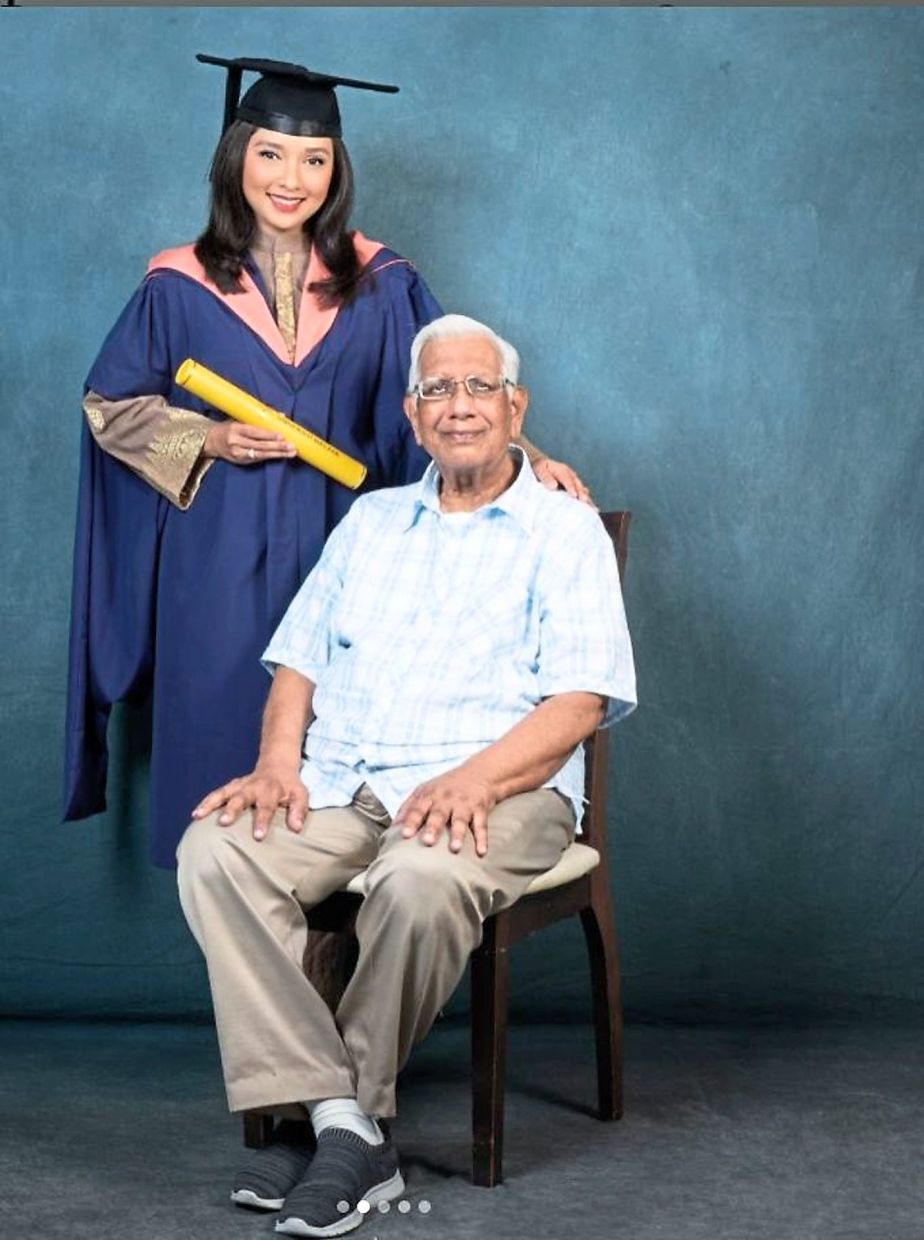 In an Instragram post, Vanidah, 48, said her father was pursuing his studies for a master’s degree when her late mother was diagnosed with cancer.

“I was three years old and my brother was only 10 months old when my mother passed away,” she said.

Eventually, her father could not continue with his master’s programme as he was grieving for his wife, besides having to juggle his work and caring for the children.

“Abah, I am who I am today because of your unconditional love,” she said.

> A woman was puzzled to find bloodstains on the bedroom floor when she woke up one morning, Kosmo! reported.

“They resembled handprints, but there was nothing on my own hands or feet.

“The stains seemed as though (something) was dragged under the bed,” she posted on Twitter under the handle @ddgafdat.

Furthermore, she said she has no pets, so it could not be from a cat catching a rat.

Other Twitter users responded, saying they had gone through similar situations.

“This happened to us in the village. We saw bloodstains on our door that were like finger markings,” said Twitter user @anysnatrah.

Another person shared that he decided to “cleanse” his house by reciting the azan at home for three days.