S'gor assembly has no authority to give judicial review powers to Syariah Court, Federal Court declares

PUTRAJAYA: The Federal Court declared on Monday (Feb 21) that the Selangor legislative assembly has no authority to make an enactment which confers the state Syariah Court the power to review fatwa issued by the state religious authorities.

A nine-member panel led by Chief Justice Tun Tengku Maimun Tuan Mat (pic), in a unanimous decision, said the court found that Section 66A of the Administration of the Religion of Islam (State of Selangor) Enactment 2003 was unconstitutional and void as it is a provision that the Selangor legislative assembly has no power to make.

"Therefore, the petition by SIS Forum (Malaysia) is allowed with no order as to costs," said Justice Tengku Maimun.

On Sept 22 last year, the Apex Court allowed an application by SIS to obtain leave to pursue its legal challenge in the Federal Court through Article 4 (4) of the Federal Constitution.

Tengku Maimun said she must clarify at the outset of this judgment that this court was not concerned with the procedural or substantive validity of the Fatwa nor was it asked to consider whether the courts are, in the first place, generally disempowered to undertake such evaluation under clause (1A) of Article 121 of the Federal Constitution.

She said this petition concerns only the question on whether the Selangor legislative assembly was empowered to enact Section 66A of the Administration of the Religion of Islam (State of Selangor) Enactment 2003.

"I therefore make no comment or ruling on the substantive or procedural validity of the Fatwa," she said.

Tengku Maimun further said the court has consecutively and consistently held in its decisions in the Semenyih Jaya case and another case, including Indira Gandhi, that the judicial power of the federation remains reposed solely in the Civil Courts.

She said the learned counsel for the petitioner (SIS Forum) argued that a judicial review is a unique and exclusive aspect of judicial power vested in the Civil Superior Courts.

"The learned counsel also argued that the Syariah Courts as a matter of constitutional policy, are incapable of exercising judicial power for the reason that they do not share the same constitutional guarantees of judicial independence as the Civil Superior Courts.

"That judicial review is a feature unique to the Civil Courts is confirmed by this court where it was held in the Semenyih Jaya and Indira Gandhi cases," she said.

Tengku Maimun further said it was not apparent on the record that Section 66A of the Administration of the Religion of Islam (State of Selangor) Enactment 2003 was intended to cover matters of Islamic law only and not matters within the realm of public law and/or public law powers.

"When the provision is cast in general terms, and without limitations, it is not permissible for the court, either to mend or remake the statute. Its only duty is to strike it down and leave it to the Selangor State Assembly, if it so desires, to re-enact it consonant with item 1 of the State List, Ninth Schedule of the Federal Constitution.

"In the circumstances of the present petition, the doctrine of "reading down” cannot blow life into the section," she added.

Tengku Maimun said suffice to state that the interpretation of the phrase "persons professing the religion of Islam" and reading the purpose of item 1 suggest that item 1 could not have contemplated, and was never intended, to confer judicial review powers on the Syariah Courts simply by defining the intervener as a "Muslim".

"Judicial review, by its very nature, involves supervising administrative bodies by reference to public law powers vested in them. There is no regard to religion.

"The attempt to confer jurisdiction of judicial review on the Syariah Courts by purporting to define the ‘Majlis’ as a ‘Muslim’ is therefore beside the point notwithstanding Section 2 of the Administration of the Religion of Islam (State of Selangor) Enactment 2003, and section 66A of the same, therefore stands unconstitutional," she said when delivering the decision at the virtual proceedings Monday.

SIS Forum sought leave to commence the challenge, seeking to declare as invalid Section 66A of the Administration of the Religion of Islam (State of Selangor) Enactment 2003 which states that the Syariah High Court may, in the interest of justice, on the application of any person, have the jurisdiction to grant permission and hear the application for judicial review on the decision made by the council or committees carrying out the functions under the Enactment.

SIS Forum filed the application in the Federal Court on Jan 21, 2020, naming the Selangor Government as respondent after the High Court in Kuala Lumpur on Aug 27, 2020, dismissed its judicial review application against a Selangor religious authority’s fatwa labeling the group as deviant in 2019.

The then High Court judge Datuk Nordin Hassan (now Court of Appeal judge) held that the civil court has no jurisdiction pertaining to Syariah law, adding that the fatwa issue was related to Syariah law and it was under the exclusive jurisdiction of the Syariah Court.

The judge said Section 66A was an avenue to seek a judicial review against the fatwa committee in the Syariah High Court. 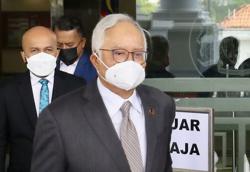