SHAH ALAM: The agriculture, fisheries and livestock sectors have recorded losses of more than RM90.6 million so far involving 7,578 agro-food industry entrepreneurs nationwide due to the floods that hit the country at the end of last year.

Agriculture and Food Industries Minister Datuk Seri Dr Ronald Kiandee said that of the total, Selangor was the worst-hit state with losses amounting to RM32.8 million for all three sectors involving 1,100 entrepreneurs.

"This figure will continue to rise from time to time when a comprehensive survey is carried out because the damage has been quite extensive,” he said in his speech that was read out by his deputy, Datuk Seri Ahmad Hamzah, at the opening ceremony of the Selangor State Farmers’ Association’s (PPN) 44th annual general meeting here on Wednesday (Jan 26) night.

He said that in the context of the Selangor PPN, more than RM1.9 million in losses was recorded involving 91 agricultural projects in five Area Farmers Organisations (PPK) in Klang, Kuala Langat, Hulu Langat, Branang and Sepang.

Ronald also hoped that all Ministry of Agriculture and Food Industries departments and agencies, together with the targeted groups, would work together in adapting technology in the agriculture sector.

"We must raise the competitiveness of the agricultural sector so that it can face the challenges in the future. It is also important that we can continue to attract the younger generation to venture into the agro-food industry, not just to become farmers but also as innovative, modern and highly-skilled entrepreneurs.

"The rejuvenation of the agro-food sector is important so that the use of Industrial Revolution 4.0 (IR4.0) technology in the agro-food industry can be realised,” he said. - Bernama 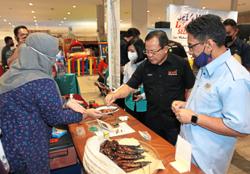 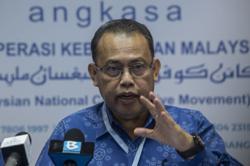