KOTA KINABALU: Residential areas here are expected to get a facelift soon once urban farming is approved by City Hall.

An adaptation of a similar programme in Peninsular Malaysia, the urban farming concept is also expected to help residents plant vegetable gardens for self-sufficiency while helping to lower carbon emissions, among others.

City Hall Landscape Department director Rozie Khan Halik said the terms and conditions for urban farming are being finalised along with implementation procedures, adding that the programme is expected to be launched very soon.

He said it would not only help beautify empty and unused spaces within residential areas, but also establish a balance between developed areas and the environment.

“With more greenery in the city, it can help reduce carbon emissions if done properly and on a large scale with participation from all residential areas,” he said on Thursday (Jan 27).

“Ït will also allow participating residents to grow their own vegetables, helping to reduce expenses and maybe, they could sell (the extra produce)," Rozie Khan said.

He said as not all empty urban spaces are under City Hall’s jurisdiction, residents may need to liaise with the relevant management offices to get permission to establish vegetable gardens.

Among other details expected to be finalised soon are the fair distribution of farming lots and what types of vegetables will be allowed, he added.

Rozie said it was important that these vegetable gardens do not create a nuisance, especially in high-density residential areas. 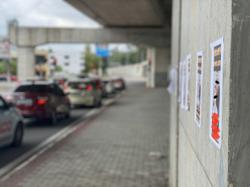