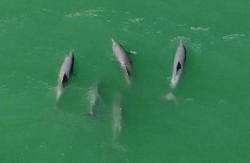 What is left of the tower and erosion on the shoreline at present day. — LIM BENG TATT/The Star

GEORGE TOWN: A handful of gazebos along the beach in Batu Ferringhi have collapsed, a sign that the erosion is taking its toll on the shoreline.

Traders and massage service providers – some of whom have been operating there for almost 20 years – will have to be relocated to safer ground as the beach is now over a metre lower than how it looked like in pictures from about 10 years ago.

A beach resort executive, who declined to be named, said the tourism belt’s stakeholders were worried that Batu Ferringhi was losing its main selling point – its beach.

“The erosion started getting serious in 2020. 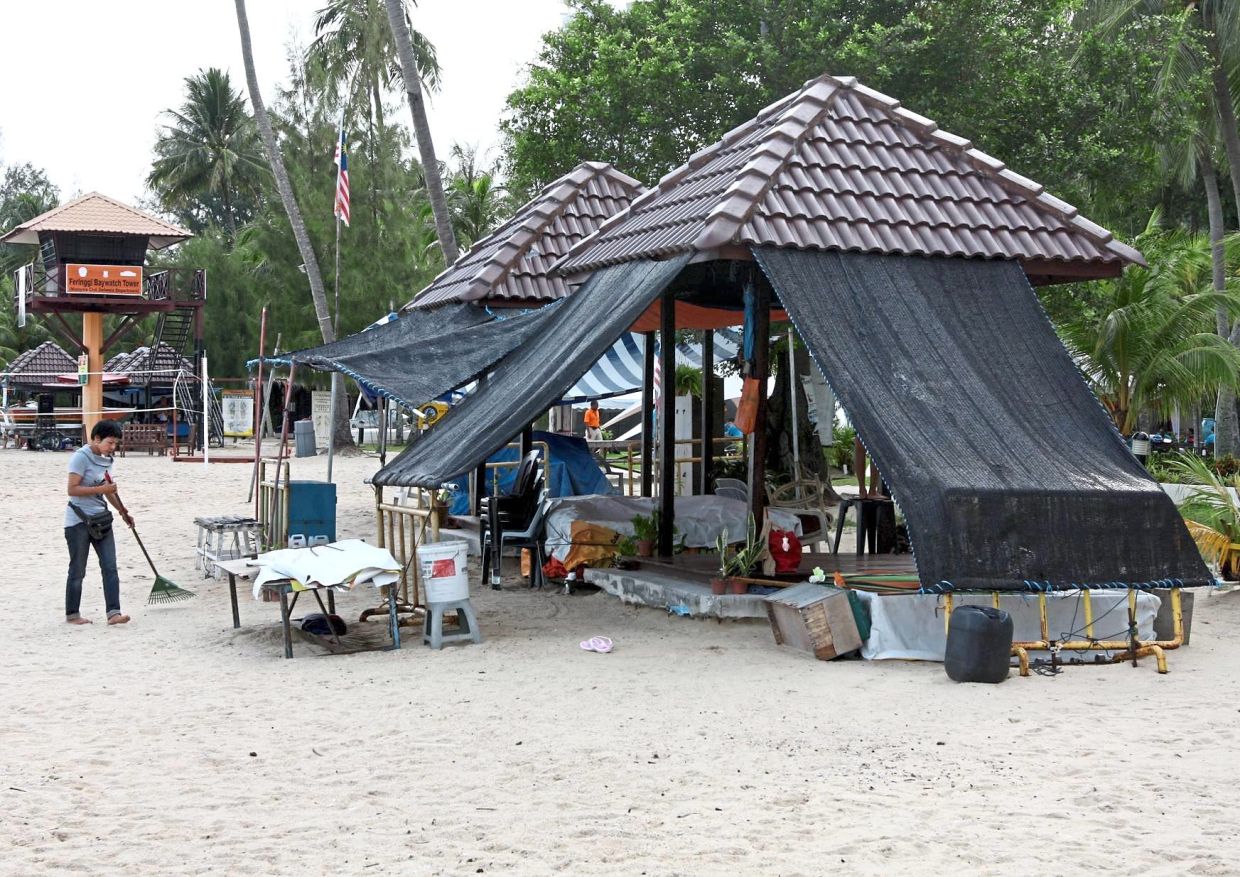 Time and tide: A worker cleaning near the still-standing gazebos with the watchtower (left corner) overlooking the beach in Batu Ferringhi in 2011.

“So far, about 70 trees have been fallen by the strong waves and we believe it will continue to get worse.

“We have the widest and longest beach on Penang island, but over the years the beach is getting narrower.

“Tourists used to enjoy many activities on the beach.

“The government has to really step in and come up with long term plans before more of the beach disappears,” he said.

On Saturday, three out of the five gazebos along the stretch of beach locally known as Pantai Mas collapsed after their foundations were eroded by strong waves.

In a statement, the council said strong waves began pounding the beach at about 3am last Saturday and washed away the sand beneath the gazebos.

MBPP councillor Connie Tan Hooi Peng said there were 12 licensed traders at the location and not all were affected by the beach erosion.

“They are providing massage on the beach and we are studying suitable sites for their relocation. Rental has been waived since the movement control order up to December last year.

“To those affected, we will look into waiving the fees,” she said yesterday.

Among those affected is massage parlour owner Tommy Foo, 46, who has been operating for over 20 years.

He was reported as saying that since September last year, waves had been coming up to right behind his former gazebo, something which he never encountered before.

“Shoreline protection structures will need to be constructed first as the waves are too strong, making it very unstable.

“The Penang Drainage and Irrigation Department has requested its headquarters for help to study long-term mitigation plans.

“Meanwhile, it will carry out temporary short-term mitigation in phases due to a shortage of materials.

“The temporary works are expected to be carried out within two months,” said Zairil, who is also Tanjung Bungah assemblyman.

On Jan 7, a Civil Defence Force watchtower beside the five gazebos collapsed after it became unstable in December due to the battering waves.

In April last year, some 350m of the stretch at Batu Ferringhi was found to have been severely eroded, leaving exposed boulders after the sand was washed away.

The waves then uprooted 40 coconut trees grown in 2004 by a resort, as well as three Casuarina trees that were at least 30 years old.

Several buildings next to the beach owned by the resort were also damaged. 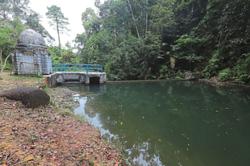