KUALA LUMPUR: Students and parents will soon be able to lodge reports on bullying directly to the Education Ministry, following the formation of a direct reporting system, says Datuk Dr Radzi Jidin.

The Education Minister told the Dewan Rakyat the ministry will continue to improve on the reporting system related to bullying cases to ensure the best approach can be developed.

"Currently, the Education Ministry is developing a reporting system that will allow school members, including students and their parents to make complaints directly to the ministry, and the information received will be protected," he said in reply to a question from Tuan Che Alias Hamid (PN-Kemaman) during Minister's Question Time.

Tuan Che Alias had asked the ministry to state the efforts of the ministry to address the issue of bullying among students, especially those in boarding schools as highlighted recently.

Radzi said that the ministry had also provided a guideline on how to prevent and address the act of bullying among students as guidance for schools.

Regarding the punishments at the school level, the ministry had come out with a circular letter outlining the type of punishments for students who committed the act of bullying in schools or boarding schools.

"The Education Ministry is also currently reviewing the punishments for students who commit the act of bullying by making improvements on the punishments listed in the circular letter.

"This is to ensure that the punishment will be equal and the approach can act as an effective deterrent," added Radzi.

This comes in the wake of the most recent bullying incident at a boarding school in Perak.

Police have so far hauled up 12 Form One students to assist in investigations. 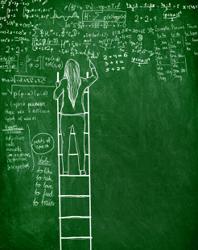