SEREMBAN: The Negri Sembilan Pakatan Harapan government will honour its pledge to limit the tenure of the Mentri Besar to two terms, although it failed to secure a two-thirds majority during the state assembly sitting.

Mentri Besar Datuk Seri Aminuddin Harun (pic) said Pakatan will stick to its pledge for as long as it receives the peoples' mandate.

"We made the pledge during the last general election, and we will fulfil it as long as we are in power.

"Although the provision is not in the state enactment, we can always do it administratively," he told reporters after chairing the state exco meeting at Wisma Negri here on Wednesday (Dec 8).

During last week's state assembly sitting, 19 Pakatan assemblymen supported an amendment to the state enactment to limit the tenure of the Mentri Besar to two terms, while 13 Barisan Nasional assemblymen objected.

There were four absentees.

On a separate matter, Aminuddin expressed hope the federal government will also consider going ahead with a proposal to have the East Coast Rail Link (ECRL) pass through the state and Putrajaya.

He said although the authorities have made a final decision that the ECRL will run from Kota Baru to Port Klang, after Selangor agreed for the rail line to pass through the northern part of the state, there was no harm in having the southern alignment as well, which will pass through Kuala Klawang and Nilai in Negri Sembilan.

"If the ECRL passes through Kuala Klawang and Nilai, it will also bring more development to these areas and the state in general, as we are located close to the KL International Airport and the Nilai Inland Port.

"We truly hope this can be considered," he said.

The federal government has now agreed that Section C of the stretch will run from Temerloh to Bentong, Pahang and under parts of the Main Range before emerging near Gombak, where the line will then pass Serendah and Kapar on its way to Port Klang.

Under the Pakatan government, the route was re-aligned to go southwards after Temerloh, going through parts of Negri Sembilan such as Kuala Klawang, before passing near Nilai and through Putrajaya before ending at Pulau Indah. 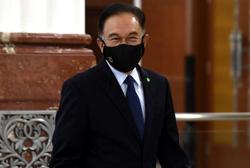 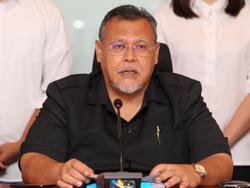