Discussions on Malaysia-Thailand VTL expected to progress during PM's visit 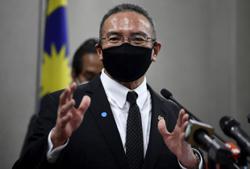 KUALA LUMPUR: Discussions on the Vaccinated Travel Lane (VTL) between Malaysia and Thailand are expected to progress during Prime Minister Datuk Seri Ismail Sabri Yaakob's official visit to the country on Dec 29 and 30.

Foreign Minister Datuk Saifuddin Abdullah (pic) said like the one between Malaysia and Singapore which was finalised recently, similar discussions were also held with several other countries including Thailand and Indonesia.

"The talks are led by the Health Minister, just like the talks with Singapore," he told a press conference after the launch of the Foreign Policy Framework by Prime Minister Datuk Seri Ismail Sabri Yaakob, here, on Tuesday (Dec 7).

According to media reports, Thailand will consider reopening the border with Malaysia, as proposed by MPs from the southern provinces.

Based on a report by Bangkok Post, deputy government spokesperson Rachada Dhnadirek said the Covid-19 Situation Administration Center (CCSA) had previously, in principle, reached an agreement on the proposal and instructed its control centre to review the relevant details.

However, she said the matter is being put under review following developments in Malaysia where the first case of Omicron - involving a foreign student who returned from South Africa - was detected.

On Cambodian Prime Minister Hun Sen's statement that Myanmar junta officials should be invited to Asean meetings when the country chairs the regional bloc next year, Saifuddin said Asean leaders have not discussed the current situation in Myanmar.

However, he said the traditional Asean foreign ministers’ retreat that will be organised by Cambodia in mid-January 2022 will be a good platform to discuss the matter.

"We have, in the past, had overcome many delicate matters through the retreat. So I'm very hopeful that the retreat in January will bring some positive results," he said.

Saifuddin noted that the last time Asean made a decision regarding Myanmar was during the 38th and 39th Asean Summit in October and the Asean-China Commemorative Summit in November.

Asked about US Secretary of State Antony Blinken's visit to Malaysia next week, Saifuddin said he will be informing Blinken that Malaysia is delighted about the virtual summit between Chinese President Xi Jinping and US President Joe Biden recently.

According to media reports, Blinken is due to visit Indonesia and Malaysia next week as the Biden administration ramps up engagement in Southeast Asia.- Bernama 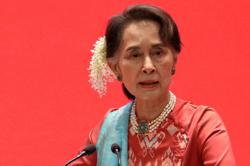 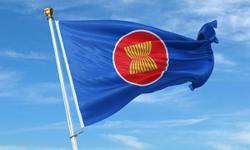