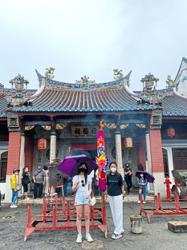 GEORGE TOWN: The Penang government has no qualms if new investments flow to Kedah as all states need to develop together, says Deputy Chief Minister II P. Ramasamy.

Ramasamy said what the state government is concerned about are the policies of Kedah's PAS-led government, which has been constantly insulting Penang.

"It is never the state government's intention to compete with other states and we feel that all states must develop together. We are not jealous at all," said Ramasamy.

Ramasamy (DAP- Prai) was responding to a question from M.Satees (DAP-Bagan Dalam) who asked the state government about the chances to attract investors to Penang instead of Kedah, especially at the Kulim Hi Tech Park.

Ramasamy said Penang could be more economically advanced but it did not mean Kedah cannot be developed as well.

He said Penang would continue to compete economically despite land constraints by creating new mechanisms to attract investments.

Earlier, Ramasamy said based on data from the Statistics Department, an average of 3,500 people per year migrated from Kedah to Penang from 2014 to 2018.

He said this contributed to 10% of the total migration of people from other states.

"From the figure, about 2,000 people from Kedah were working in Penang," he said,

Ramasamy said that from 2014 to 2018, almost 7,550 people on average migrated from the northern states of Perlis, Kedah and Perak to Penang.

He added that the figure does not include those who travel daily from Kedah to Penang to work. 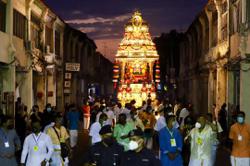