KUALA LUMPUR: Sarawak and Sabah will no longer be known as "East Malaysia" but as the "Borneo States" following amendments to the Federal Constitution, says Deputy Minister in the Prime Minister's Department Datuk Hanifah Taib.

Madius had asked if the government intended to rebrand Sabah and Sarawak as "Mainland Malaysia" based on land area.

Earlier, Hanifah noted the term "Mainland Malaysia" had never been used in the Federal Constitution or any existing laws.

However, she said the terms “East Malaysia” and “Peninsular Malaysia” were used and defined in several laws such as the Immigration Act.

However, Madius insisted that the government should consider changing the terms to denote Sabah and Sarawak based on land size to reflect a fairer distribution of development allocation.

Hanifah said present use of the existing terms was for easy reference and did not confer any additional rights.

On Nov 3, the government tabled a Bill for first reading in Parliament to amend the Federal Constitution to restore Sabah and Sarawak’s position in line with the Malaysia Agreement 1963 (MA63).

Apart from Article 1(2) of the Constitution, other amendments include Article 160(2) to include designating Sept 16 as Malaysia Day.

Also significant are amendments to Article 161A to confer the status of a native to the offspring of a native married to a non-native in Sarawak.

The amendments are expected to be passed in the current Parliament meeting which ends on Dec 16. 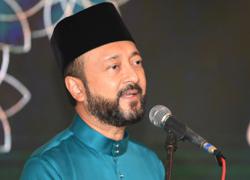