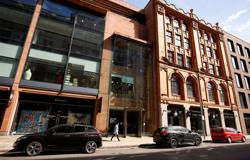 PUTRAJAYA: The country's highest court has ruled that a non-Muslim cannot cite a Muslim as co-respondent on an allegation of adultery to a petition for judicial separation.

The Federal Court, in a 2-1 majority decision, ruled that a Muslim individual cannot be cited as party in such a legal marital dispute involving a non-Muslim married couple in the civil court.

In delivering the majority decision by a three-member Bench, Chief Justice Tun Tengku Maimun Tuan Mat said Section 3 (3) of the Law Reforms (Marriage and Divorce) Act 1976 (LRA) clearly provides that Muslims are excluded from the application of LRA.

Justice Tengku Maimun, however, said the law is applicable against Muslim converts in cases where his/her non-Muslim spouse files a petition after the former has converted to Islam after their civil marriage.

She said the object of the LRA is not only to govern non-Muslims marriages and divorces, but also to demarcate the separate personal laws applicable to Muslims and non Muslims in the country, Bernama reported.

She said this was in the light of Article 121 (A) of the Constitution on the separation of jurisdiction between civil courts and Syariah Court.

With the majority decision, supported by Federal Court judge Datuk Seri Mohd Zawawi Salleh, the court dismissed the appeal brought by a woman whose identity is being withheld.

The other judge on the Bench, Federal Court judge Datuk Nallini Pathmanathan dissented.

The case yesterday was pertaining to an appeal by the woman over her legal bid to include a Muslim woman as co-respondent in her judicial separation petition filed in July last year in the High Court against her husband, claiming that her marriage broke down due to an alleged affair between her husband and the Muslim woman.

The High Court ruled that a Muslim can be named as co-respondent in a divorce petition and not in judicial separation and as such the court has no jurisdiction to condemn the co-respondent for damages under Section 58 of the LRA.

In a divorce, a marriage contract is annulled, whereas in cases of judicial separation, the marriage continues to exist but the couple are permitted to live separately.

The Court of Appeal, in allowing the Muslim woman's appeal, ruled that the law is not applicable to Muslims.

In her dissenting decision, Justice Nallini said section 3 (3) of the LRA does not preclude a non-Muslim petitioner from citing a Muslim as co-respondent on an allegation of adultery to a petition for judicial separation.

She said the courts were empowered by Section 17 (a) of the Interpretation Act 1997 to look at the intent and purpose of a legislation when interpreting a provision.

She said a contextual and purposive approach ought to be adopted in construing the relevant phrase "shall not apply to a Muslim" within section 3(3) of the LRA. - Bernama 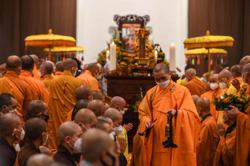 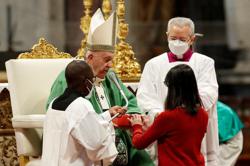