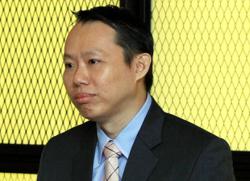 PETALING JAYA: The demand for quality and well-planned workers’ accommodations is expected to rise as stakeholders strive to comply with the Employees’ Minimum Standards of Housing, Accommodations and Amenities Act 1990 (Act 446), according to a research.

Workers’ housing has been thrust into the limelight amid the prolonged Covid-19 pandemic with Act 446 being the centrepiece in the raft of measures mediated to break the infection chains, said real estate consultancy Knight Frank Malaysia.

In its Workers’ Dormitories research published this month, it highlighted how in the past, living conditions of workers had been a neglected area in the constant pursuit of economic growth and bottom line of businesses.

However, Covid-19 workplace clusters have magnified the inadequate living conditions of workers, particularly in labour-intensive economic sectors such as manufacturing and construction.

“Past regulations are deemed not far-reaching enough to address the underlying problems and provision of worker housing has always been an afterthought.

“However, the notion is quickly changing as the pandemic pushed through regulatory changes that initiate growing demand for better quality workers’ accommodations.

“There is a huge untapped opportunity to ramp up delivery of Purpose-Built Workers’ Accommodations (PBWA) across Malaysia,” said the research.

It said that when professionally managed dormitories are unexplored propositions, industrialists turned to terraced homes, apartments, shophouses and makeshift accommodations to house their workers haphazardly.

Coupled with the lack of awareness and accountability, most of these types of housing were crowded and had poor sanitation leading to many social issues that have burdened the community for years.

“The perception of higher cost and non-standard guidelines in different states (local authorities) have also led to years of resistance from industry players to provide dedicated workers’ accommodations,” the study said.

However, the enforcement of Act 446 gives companies no leeway but to rectify the issues although challenges remain due to the lack of compliant housing supply for workers across the country, it added.

Knight Frank Malaysia executive director of capital markets (industrial) Allan Sim said the top three challenges businesses faced in providing workers’ accommodations were perceived higher costs, the limited supply of these facilities nearby, and the resistance of nearby residents.

“Beyond 2023, the Centralised Labour Quarters (CLQ) will be a choice of accommodation for workers.

“Given its long-term investment nature, it is expected to emerge as an attractive asset class for both foreign and local entities,” he said.

Underpinned by the robust industrial sector, particularly the high value manufacturing chain, centralised workers’ housing will be transformed into a higher grade or quality asset class over time, he said.

“This will further elevate Malaysia’s position as the destination for high-value manufacturing and global services in Asia,” said Sim.

In Malaysia, purpose-built workers’ accommodation (PBWA) is a niche, non-traditional and relatively new asset class, with the majority of such existing establishments concentrated in high economic growth regions such as Selangor, Johor and Penang.

However, more industry players such as operators, investors and developers are also jumping on the bandwagon of the growing PBWA market, with demand fuelled by regulatory compliance and ethical concerns.

“While the country’s existing PBWAs are predominantly owner-operated, to meet growing short to longer-term demand for compliant workers’ housing, more industry players such as operators, investors and developers are jumping on the bandwagon of the PBWA market,” said Sim.

Human Resources Minister Datuk Seri M. Saravanan had previously said employers who failed to comply with standards set under the amended Act 446 could face a maximum fine of RM50,000 for each offence.

However, he said the government has agreed to relax the enforcement of rules governing workers’ housing standards until the end of this year.