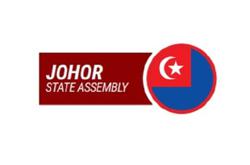 Izhar said personal details of those reporting and the information they provided the authorities would be kept secret and be protected.

"There is no denying that some misconducts have been left unreported due to concerns that actions would be taken against the whistleblowers.

"On what kind of rewards they could get by providing the information, it depends on the agency or department they are in," he said during the state assembly seating at Bangunan Sultan Ismail on Wednesday (Nov 24).

Izhar was responding to a question from Chew Peck Choo (PH-Yong Peng) who was asking whether lower-ranked civil servants would be protected if they were to report or lodge a complaint on any wrongdoings conducted by their senior officers.

Chew also asked if they would be rewarded for providing the information.

Izhar also encouraged civil servants to report on any misconduct or disciplinary issues they encountered in their respective agencies or departments.

"We encourage civil servants to report on such matters to curb the issue of corruption, especially when it comes to abuse of power regardless of the position or social status of the person committing the offence," he added.

He noted that based on the current administration records, no cases involving disciplinary actions have been reported in the past five years.

"Any wrongdoings or disciplinary offences among civil servants in the state would be referred to the Johor Public Services Commission, which acts as the authority to take disciplinary actions, including to lay off or demote the person.

"Based on the Commission’s record, no cases involving disciplinary actions have been reported between 2016 and 2020," he said.