These MCA candidates highlighted the lesser known attractions and hidden gems in the historic city.

Pairing up with the production team of GoCare Lokal Sense - a community project under the Crisis Relief Squad of MCA (CRSM) - the candidates shared stories of various attractions which are unique to their constituencies.

Machap Jaya candidate Ngwe Hee Sem was thrilled to go live on Facebook together with a husband-and-wife team behind a famous handmade bun outlet at Kampung Machap Baru recently.

"I enjoy this handmade bun. Not many people know of these hidden gems around the Chinese new villages here.

"Both Kampung Machap Baru and Kampung Permai Machap Umboo have many attractions and nice food to offer.

"I am happy to be able to tell more people about them and I thank GoCare for featuring this place,” he said when met here.

Regardless of the election hype, Ngwe noted that efforts to promote small and unique businesses like these help them recover faster.

Ngwee noted that such an initiative also made his campaigning more exciting and appealing, especially to the younger voters and those who are out of town.

"This certainly adds colour to my campaigning, where a big chunk of it is made up of online campaigning with some personal visits and engagement thrown between,” he added.

Husband and wife Hew Chee How and Loh Siew Chen, both 47, said it was a pleasant surprise to see Ngwe with a team of youths from GoCare.

The couple had been churning out some 2,500 handmade buns with fillings such as red bean, vegetables and meat every day.

Chong Hon Hui, 58, and his wife Tang Kwai Fong, 57, who run a family-based tofu factory in rural Kampung Solok Air Manggis in Bemban, Jasin, said it was "unusual” to be featured online, as "only locals would come for their products”. Bemban candidate Datuk Koh Chin Han, who went live introducing the couple’s tofu, said that not many people would know that such interesting places exist.

"The couple still insist on making the tofu and fried taukua the traditional way although they have incorporated some machines to help grind the soybean.

"It is good to see their business doing well despite the small production. They make about 2,000 pieces of tofu daily,” he said.

Koh also lauded GoCare’s effort for including candidates in the state polls in their live streams.

"Efforts like these make our campaigning more colourful, thanks to new media,” he said.

Among the other attractions that were featured in the past week were the Nyonya Kim kuih in Batu Berendam and the traditional jian zhi (Chinese paper-cutting art) in Jalan Hang Kasturi by Kesidang candidate Leong Hui Ying. Other features included the “tasty delicacies tour” on Jonker Walk by Kota Laksamana candidate Benjamin Low Ching Hong and a “tour” of the knife museum which is also located along Jonker Walk, by Banda Hilir candidate Lee Kah Sean.

The project’s person-in-charge Tan Yi Lin said that the number of views and responses on the live streams have been encouraging.

"So far, the live streams have averaged several hundred views and shares on our Facebook page,” she said, adding that more local attractions in Melaka would be featured in the coming days.

"Our coverage has given exposure to these lesser-known attractions and this has indirectly helped the traders with their business recovery," she said.

She added that some of the attractions up next included the Durian Tunggal dam and an ancient mosque in Durian Tunggal, and wall art in Jasin.

The past videos can be viewed on the Facebook page of GoCare Lokal Sense. 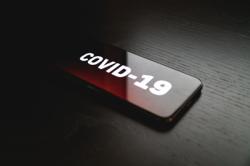