Proud moment: Krishh showing his certificate from the Malaysia Book of Records at his school in Johor Baru. — THOMAS YONG/The Star

JOHOR BARU: An eight-year-old boy who became famous after donating proceeds from his book sales to charity, has now earned himself a place in the Malaysia Book of Records (MBOR).

Krishh Haran Nair earned his spot for “contributing the highest amount to a foundation through book sales as a child”.

He successfully raised RM7,000 through his 14-page book titled The Mysterious War in the Deep.

The proceeds were then handed over to the Sultan Ibrahim Johor Foundation (YSIJ).

Krishh, who received the certificate during a simple ceremony at his school here, said that he was proud and grateful for being selected by the Malaysian project.

He said that he was already in the process of writing his next book titled Pillar and the Golden Sword, with plans to donate its proceeds as well.

“This time, I hope to donate the money to children who have lost their parents to the Covid-19 pandemic or even at an orphanage,” Krishh, who is an avid reader of adventure books, said.

He said that the pandemic had brought about a lot of suffering to people not just in Malaysia, but around the world.

His mother R. Jayanthi, 41, said that she was proud of her son’s achievement and also thankful to MBOR for honouring her son.

She said that she never expected her son’s book to become a hit as it was just an online assignment during the Covid-19 lockdown.

She said that her son is a loving and caring person who always wants to help the poor and unfortunate.

Sultan Ibrahim, in a post on his Facebook page, said Krishh was the youngest donor to YSIJ.

The ruler also expressed his admiration for Krishh, and praised his parents for bringing up such a bright and kind-hearted child.

For enquiries about the book, email jayanthimarlin@gmail.com. 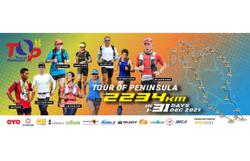