KUALA LUMPUR (Bernama): Malaysians in general may not be familiar with Tourette Syndrome, but experts estimated between 0.3 to 1.0 per cent of the Malaysian population across all cultures and races are likely to develop the syndrome.

The syndrome involves repetitive movements or unwanted sounds that cannot be easily controlled. The individual might blurt out inappropriate and offensive words.

A tic is a sudden, involuntary recurrent,non-rhythmic motor movement or vocalisation that happened briefly in the initial stages. However, the situation could worsen, involving more than one movement and other parts of the body.

"Individuals diagnosed with Tourette syndrome are those who experienced two or more motor tics with vocal tic (movements and sounds) symptoms for more than a year and the symptoms onset must be less than 21 years old," he said when contacted recently.

Dr Ahmad Shahir said besides the patients, the presence of Tourette syndrome can also be detected by the people surrounding them.

"Usually, patients who develop tic or Tourette symptoms, can suppress the movements or sounds within a certain period of time.

"However, when they try to control (these tics),they become uncomfortable; the discomfort worsens if the patients try to hold back over a long period of time.

A tic is usually associated with a premonitory "buildup” sensation or feeling of discomfort that is often localised to the affected area. Usually,the individual experiences a sensation of relief once the tic has occurred.

"Patients must continue to hold back the tics to overcome the discomfort. The tics can occur any time and can even happen during their sleep," he said, adding that the syndrome is common among children and adolescents aged 12 years and above.

Cause unknown, no specific medication

Stressing that Tourette syndrome is not an inherited genetic condition, Dr Ahmad Shahir said to date, the precise cause is still unknown, with no specific medication to fully cure Tourette syndrome.The symptoms also may fluctuate over time.

At present however, many treatment options can be offered to alleviate the symptoms.

"For the treatment, first thing we look at is the severity of tic symptoms experienced by the patient and how much does it affect daily living. Tourette syndrome patients usually suffer from other associated conditions such as Obsessive-Compulsive Disorder (OCD), Attention Deficit Hyperactivity Disorder (ADHD), anxiety, autistic spectrum disorder and mood disorders.

"The Tourette syndrome patients would usually have one of the symptoms mentioned. As such, the first treatment is to educate patient, family members, school, work place about the disease," he said adding that patients with the syndrome may experience significant psychosocial, physical, and functional difficulties that affect daily activities.

For other treatment procedure, he said, the patient will be referred to a pyschiatrist or psychologist for therapy, if the need arises.

"The next step is for patients who experience severe symptoms. We will start with prescribing medicines such as Haloperidol, Pimozide and Aripiprazole which have been approved by the US Food and Drug Administration (FDA).

"Another treatment procedure or alternative is through deep brain stimulation that involves implanting a brain pacemaker. This is only for severe cases, but rarely takes place," he added.

Bouncing back from suicide attempts

For Tourette syndrome patient Nur Syakina Mohd Shah, 23, or 'Tia', as she is affectionately called, going through life with tic symptoms has not been easy for her.

Born in Negri Sembilan, Tia was disillusioned with life and almost committed suicide, but she emerged from the depressive episode after receiving treatment at the Hospital Serdang recently besides sharing a video on creating public awareness on the syndrome.

"I was too embarassed at first to make public my experience with the syndrome, but after posting on TikTok and Instagram, I became encouraged by the response from the public, including non-followers, who lifted my spirits and gave positive feedback towards my video. Some of my followers said they also experienced about 20 per cent of Tourette symptoms," said Tia who resides in Seri Kembangan.

According to the single mother of two, she felt compelled to share her life's journey on the social media and to instill public awareness that the syndrome is not purposeful.

"Honestly, I made two suicide attempts.This is because I went through depression and anxiety. But at the hospital, I decided to overcome the hurdles and bounce back at the sight of elderly patients who were cheerful and positive about life.

"It dawned on me that I was still young to end my life. I thought to myself, how long should I stay in limbo, it's best that I make known what I have gone through as there is no gain from ending my life," said Tia, who later uploaded a self-video as a Tourette syndrome patient while warded at the hospital.

The video which she shared on TikTok and Instagram attracted viewers who gave her hope amid the challenges. In the comments section, many viewers commended her efforts by sharing the video and there were also those who admitted they lacked the knowledge on the syndrome.

Sharing her life story as a Tourette syndrome patient, Tia said she started developing tics at eight years old, but did not seek treatment at any clinic or hospital due to the lack of awareness on the condition.

"I have come to terms with my condition," said Tia, who shared that she used to be sacked from her previous jobs due to the disorder, adding that she took two hours to clean her house due to Tourette symptoms.

But praise to Allah,Tia said her daily life is now showing signs of improvement, with regular medication to treat her illness.

Meanwhile a Growth Psychologist Nurhafizah Rami said further evaluation from a specialist is needed to determine whether other conditions co-exist with Tourette as this would have an impact on the treatment or support for the patient.

"Psychologists, for instance, can focus on the psychological approach to help patients manage their emotions as well as to improve their behaviour. This is because the frequent tic onsets would also influence an individual's emotion. The higher the pressure faced by the individual, the more tics will occur and could worsen," she added.

"Tourette syndrome often is accompanied by other behavioural or emotional problems. There are patients who choose not work, change jobs, behave aggressively and defensively toward others and self-isolate.

A bachelor's education degree holder in Teaching English as a Second Language (TESL), Yasmin Nadhirah learned about the disorder from her lecturer during a special education subject in class.

"With public knowledge on the disorder, I believe the negative stigma towards individuals with Tourette syndrome would be eliminated.

"There is not much attention given to Tourette syndrome given that individuals with the disorder are not getting the exposure as a disabled group in Malaysia.

"Most of the contents related to disabled people in the school syllabus do not highlight Tourette syndrome unlike groups with visual, hearing, speech and physical disabilities.

"Towards this end, no special module or procedure has been created by either the community or teachers for an inclusive programme that allows Tourette syndrome groups to engage and interact with other normal children in the classroom," she said.

She said the special teaching procedure and learning module should be developed to help students with the syndrome in their learning process like other children.

"Tics, which are uncontrollable, can pose challenges such as bullying and mental health issues for Tourette individuals due to teasing and lack of support and acceptance from the community.

"As such, adults, especially teachers and parents should help them by at least acknowledging Tourette's existence," said Yasmin Nadhirah, who is driving home the message that the syndrome can be alleviated by having the right support from the start.- Bernama 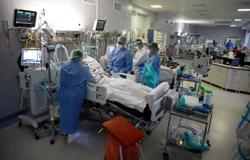