According to the charge sheet, Tay received bribes of between RM400 and RM800 from a contractor as inducement for him to propose that the 36-year-old man's company be appointed as the contractor in charge of cleaning and landscaping works at the building he managed.

He was charged under Section 16 (a)(A) of the Malaysian Anti-Corruption Commission (MACC) Act 2009, punishable under Section 24(1) of the same Act.

If convicted, he could be jailed for a maximum of 20 years and receive fines of not less than five times the amount of the bribe or RM10,000, whichever is higher.

The case was prosecuted by MACC prosecutor Nur Mahirah Mohd Pauzi while Tay was represented by lawyer Datin Freda Sabapathy.

Nur Mahirah suggested that the court set bail at RM20,000 with one surety and set additional conditions for the accused to report to the Johor MACC office once a month and surrender his passport.

However, Freda asked that the court set lower bail as her client, who is living alone in a flat in Stulang Laut, is currently unemployed and was diagnosed with colon cancer in 2017.

She also pleaded with the court not to impose the second condition of reporting to the MACC office once a month.

She said this was due to his physical condition as he is living with a stoma bag after having part of his colon removed because of the cancer.

Judge Ahmad allowed bail at RM5,000 with one surety while next mention of the case was set at Nov 29.

The accused was also required to submit his passport to the court until the conclusion of the case. It is understood the condition of reporting to the MACC office monthly was not imposed. 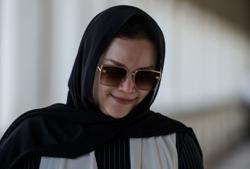 Hamzah: Easier and faster for expats to get employment passes under new issuing process
Malaysia-Singapore HSR discussions should restart from scratch, says Johor MB
Price controls for Christmas will be announced earlier than usual, says Nanta
Up to PAS to contest in Sarawak polls, says Bersatu sec-gen
No plans to reduce road tax fee for diesel vehicles
Heated exchange over rise in poultry, food prices
Penang has no plans to control liquor sales in convenient stores
Hamzah: Plantation sector still facing acute shortage of workers
More than four out of five students are back in school for face-to-face lessons, says Radzi
PM: Completion of Merdeka 118 tower spire, the world's second-tallest building, a 'proud moment'