Bountiful harvest: Wong is beaming with pride that his passion fruit project has ‘grown’ dramatically.

SIBU: A retiree’s giant passion fruit weighing up to 2.5kg is the talk of the town.

Former lorry driver Wong Siong Luk, 75, never knew that he could be so successful in planting this species from the Passifloraceae family.

He proudly claimed that since the first fruiting in September last year, his passion fruit vine had produced over 100 fruits. The fruit turns medium yellow to light yellow once matured.

“It was in April last year during the first MCO (movement control order) that a friend of mine gave me a seedling, which he said was from South Africa. I had a lot of free time then, and as a caretaker of Jalan Diong Kik Recreational Ground, I planted it there,” he recalled.

The first fruiting happened six months later, where most of the fruits weighed about 2.5kg each, though the productivity of the vine dwindled later.

It was by coincidence that he saw a documentary on Taiwanese TV on how to make this species produce more fruits.

“I learnt from the documentary to do hand pollinating by using a small brush to transfer pollen from one flower’s anthers to another flower’s stigma.

“I stroke the stigma in a downward motion in the morning when the blooms open,” said Wong, who added with this assisted pollination, his vine was now bountiful.

“There are about five people in town planting this species. Two of them are my friends. From what I know, their vine does not produce many fruits while mine has over 100 fruits already, and they are still growing,” he added.

Wong said this giant granadilla is tasteless compared to the ordinary type where the seed coat is sweet.

“But the good thing about this species is that the flesh can be eaten as it tastes like water gourd when cooked. I have friends who are now craving to eat the flesh as they cook it with anchovies,” he added.

The skin of the giant granadilla turns medium yellow to light yellow when ripe. Its pulp is sweet with numerous seeds at the centre, while the seed coat has been described as slimy yet succulent.

Wong, however, is not looking at growing the fruit commercially.

“Most people have not seen and tasted this type of passion fruit. I have been giving them away so that people can sample them, and I will continue to do so,” he said. 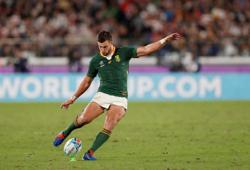 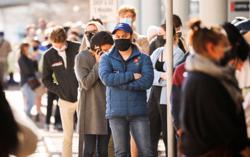