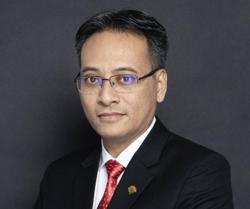 JOHOR BARU: The state Department of Environment (DOE) is awaiting a full report from the Malaysian Space Agency (Mysa) over its claim that Johor is among four states identified as locations for illegal toxic waste disposal.

“I have yet to get any information from the agency including the location of illegal toxic waste dumped in the state,” said Johor DOE director Dr Mohd Famey Yusoff.

“I’ve referred the matter to the DOE headquarters. They are also waiting for information from Mysa.

“An investigation will be done once we have the report,” he said when met during a joint operation with the state police to check on commercial vehicles at the Skudai toll plaza yesterday.

He was asked to comment on a newspaper report which quoted Mysa as saying that Selangor, Johor, Pahang and Perak have been identified as having many illegal toxic waste dumps.

According to Mysa, the findings were based on regular satellite observations made by the agency.

“We do not have access to satellite images, but we do monitor using drones in areas where there is a likelihood of illegal waste being disposed of,” he said.