KUANTAN (Bernama): A used car dealer in Pahang has been conned out of RM158,800 by a man who allegedly failed to deliver eight cars to him.

Pahang commercial crime investigation department chief Supt Mohd Wazir Mohd Yusof said the victim had been introduced by a friend to the man, who claimed he could help the 32-year-old dealer procure the Toyota, Perodua and Honda cars.

"The male suspect was said to be acting as a middleman who could source for the used cars worth a total of RM158,800.

"The victim agreed to the offer and made 12 progressive payments to the personal account of the suspect between June and early August 2020," he said in a statement on Tuesday (Oct 19).

Supt Mohd Wazir said the dealer started making enquiries about the suspect when he could no longer be contacted after August 2020.

The dealer lodged a report with the Kuantan district police headquarters after his efforts to contact the suspect failed and he realised that he had been cheated, he added.- Bernama 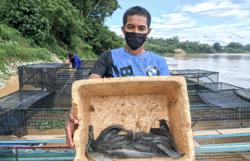