The Transport Minister said that once Malaysia and the UK were able to secure this agreement, it would help the more than 30,000 Malaysians working and studying in the UK, as well as UK citizens in Malaysia.

Dr Wee said this following his visit to the UK’s Department for Transport in St James Park for a bilateral meeting with Minister of State for Transport Andrew Stephenson MP.

"I’m happy to report that HE Stephenson has affirmed his government’s assurance to pursue mutual recognition of driving licences of both countries.

"I also sought the UK government’s support for Malaysia’s bid to be re-elected to one of the 20 seats in the International Maritime Organisation (IMO) Council Category C, which will be held on Dec 10," said Dr Wee in a Facebook post on Monday (Oct 18).

Dr Wee also said that he had invited Stephenson to further deepen collaborations with the Transport Ministry, as the UK made progress with its High Speed 2 railway project, which is Europe’s largest infrastructure project, while the UK's rail network celebrates 200 years in service.

"We will be able to achieve more and quicker with the UK’s advice and input in our National Rail Centre Of Excellence (NRCOE) and other rail projects such as the ECRL," said Dr Wee.

The MCA president also thanked Stephenson for his time and fruitful discussion during their 45-minute meeting, adding that both of them looked forward to greater mutual assistance and collaboration in transport development. 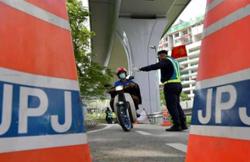 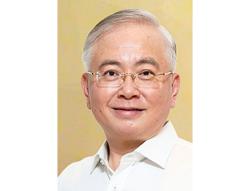