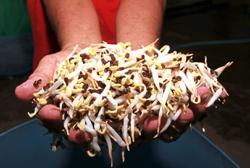 IPOH: A trip to Ipoh will not be complete if one does not indulge in its street food.

Out-of-towners testify that they have missed the taugeh (bean sprout) chicken and other delicacies during the enforcement of Covid-19 movement restrictions.

“A friend, who is from Ipoh, suggested we head here and we thought it would be a fun weekend makan trip,” he said.

“The last time I was here was about eight years ago,” he said when met at Panglima Lane, better known as Concubine Lane, yesterday.

“We also plan to visit some of the cave temples and other popular tourist spots.”

Asked about his concerns with regard to the pandemic, Woo said he and his friends would take the necessary precautions by observing the standard operating procedure to protect themselves during the trip.

“We would not have come to Panglima Lane if the place was overcrowded,” he added.

Interstate travel has been allowed since last Monday. Many Malaysians are taking advantage of the long weekend, in conjunction with Maulidur Rasul (Prophet Mohamad’s birthday) that falls on Tuesday, to go sight-seeing.

“We had dim sum in the morning and will eat tau fu fah at the drive-thru place in the city centre after lunch.

“We also plan to have taugeh chicken for dinner later,” he said.

As soon as the announcement on the lifting of the interstate travel ban was made, he began discussing with friends about driving to Ipoh for a short trip.

Accountant Nur Arina Aziz, 27, and her 20-year-old sister, Nur Ain Fatihah Aziz, from Seremban, said they came to Ipoh with their parents on Thursday to visit their elder sister.

“We’ve been staying with our sister since we arrived and only came out today.

“We have been cooped up at home for quite a while and it feels nice to be able to come out for a walk,” said Nur Arina.

And of course, a “food hunt” was on her itinerary.

“We went to the popular halal restaurant in Canning Garden to have our chee cheong fun and wan tan mee,” she said. 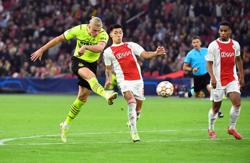 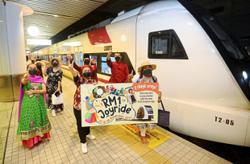