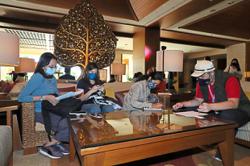 GEORGE TOWN: The prospect of having to fetch pails of water in view of a water cut was hardly appealing, so lecturer Hoo Chong Long and his wife decided to come to Penang from their home in Kepong, Kuala Lumpur.

Hoo, 42, and his teacher wife Dorcas Teoh, 43, arrived here on Thursday for a long weekend stay, thanks to the reopening of state borders from Oct 11, and checked into Shangri-La’s Rasa Sayang Resort and Spa Hotel.

Penang hotels are reporting 90% occupancy rate as many domestic tourists have started coming in.

Company regional manager Ramlan Razali, 47, drove from Kuala Lumpur with his wife Intan Safira Baharin, 44, their daughter and his mother, to spend the weekend at a hotel in Batu Ferringhi.

“We just wanted to get out of Kuala Lumpur. My family and I really needed this break after a year,” he said, adding that they would enjoy the local food before heading back tomorrow.

National Security Council officer Mohd Fadli Jamaludin and his wife Natasha Idris, both 39, who were also here with their four children aged between three and 11, said it has been a stressful two years.

Benedict Pannirselvam, 45, from Kulim, Kedah was at a homestay in Batu Ferringhi after checking in on Friday night.

“I am a recruiting manager in a company in Shah Alam. I rushed back home when the borders opened. “There is nothing like spending time with the kids at the beach,” he said.”

State tourism and creative economy committee chairman Yeoh Soon Hin said public health and safety would not be compromised as Penang expects an influx of tourists until next week.

Many people are in the service and other related industries that are largely dependent on tourism, said Yeoh after welcoming the first tourists to the Rainbow Paradise Hotel, which had operated as a quarantine centre for incoming foreign travellers until Oct 10. 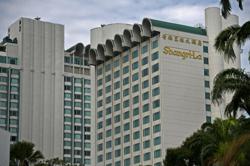 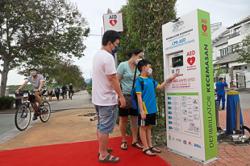