MELAKA: Several canvas banners have been seen at locations in the Melaka Tengah and Jasin districts asking locals to reject two local politicians.

The banners urged locals to reject the two politicians, who were labelled as "traitors", for their actions in the recent plot to oust Melaka Chief Minister Datuk Seri Sulaiman Md Ali.

The names of Melaka DAP chief Datuk Tey Kok Kiew, who is Bandar Hilir assemblyman, and Sungai Udang assemblyman Datuk Seri Idris Haron were written below their pictures in the banners.

When contacted, Idris claimed the banners were a "plus point" for him, without elaborating on what he meant.

Tey, however, only replied with a "smiley" emoji to a message asking him about the banners.

On Monday (Oct 4), Idris and three other assemblymen declared that they had lost confidence in Sulaiman's leadership. 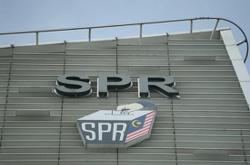