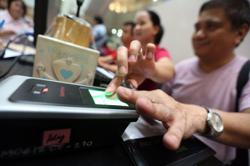 Right move: Jeniri and Tharma say youths will now have the opportunity to be heard.

PETALING JAYA: Political parties will have to pay close attention to matters affecting the younger generation as the government pledged to implement the Undi18 initiative by the end of the year.

Political experts said matters that would concern this new batch of voters would include housing, education, job opportunities and digital connectivity, among others.

They believed that political parties would also have to change their mindsets and give more opportunities to youth.

National Professors Council senior fellow Dr Jeniri Amir said Undi18 was a watershed moment in Malaysian politics, as the number of new voters aged 18 to 20 was expected to be around 7.8 million.

“The number of young voters are very big and they will be able to change voting patterns and determine the outcome of the elections. It is going to be very interesting to watch,” he said, adding that the Opposition might be the beneficiary of Undi18 as young voters were seen to be as more anti-establishment.

With Undi18, the total number of voters (including new young voters and previously unregistered voters) is expected to increase from 14.9 million in 2018 to 22.7 million by 2023, when GE15 is due.

Jeniri said political parties would have to take into consideration the voice of the youth and young voters with their policies and manifestos.

He added that they would also have to give youths prominent and significant roles to train them before getting involved in real politics.

“Generally, it’s the same old faces because there is no political will and commitment on the part of political parties to give more room to young leaders. Most of the political leaders have overstayed, I think,” he said.

De facto law minister Datuk Seri Wan Junaidi Tuanku Jaafar said yesterday in Parliament that Putrajaya would not appeal against the Kuching High Court’s decision to order the Election Commission (EC) and the government to implement the lowering of the voting age from 21 to 18 by Dec 31 this year.

In July 2019, Parliament had passed a constitutional amendment in July 2019 to lower the minimum voting age to 18 and to allow automatic voter registration.

In response, the EC said in March this year that the proposed amendments could only be implemented by September next year.

A group of Sarawakian youths representing the Undi Sarawak movement filed an appeal on May 3 and on Sept 3, the Kuching High Court ordered Putrajaya to implement Undi18 by Dec 31 at the latest.

“Maybe some might think the youngsters are immature, but I believe this is a wise move because we are among the few countries who have yet to implement Undi18,” he said, adding that this would result in more younger leaders emerging in mainstream politics.

He said literacy programmes on how a country was administered should be introduced in secondary schools.

He believed that youngsters didn’t look for information on politics, but that it came to them via social media.

Prof Sivamurugan said that by the age of 18, Malaysians could get a driving licence, get married, set up businesses, as well as join the army or police force.

“We trust that they are able to take on these responsibilities at 18, so why not as a voter.

“I think this is important because we have seen only certain figures controlling or dominating Malaysian politics but with their presence, maybe we will see more young leaders emerging and getting involved in Malaysian politics,” he said.

He said political parties would need to compromise and sacrifice themselves in order to have more youngsters involved in politics.

Prof Sivamurugan believed that Muda would be the one to watch as they were engaging with youngsters and that other political parties had to give more prominence to their youth wings.

Senior fellow with Singapore Institute of International Affairs Dr Oh Ei Sun said while candidates would have to pay attention to the concerns of the younger generation, he did not believe that Undi18 would favour any side in the political spectrum.

He said Pakatan Harapan would imagine that because they won the GE14 with a lot of votes from the younger generation, they would benefit from Undi18.

He said while this could be the case in the urban areas, in the rural areas, there might be more who would support PAS who had been running many religious schools over the years.

Undi18 co-founder Tharma Pillai said it was an important decision to bring forward the implementation of Undi18 as soon as possible as the general election could be held any time.

Tharma said the recent political crisis and the MOU between the government and Pakatan Harapan which ends in July next year were among reasons for Undi18 to be implemented as soon as possible.

He said there were three elements in the Undi18 Bill – the lowering of the voting age and age of candidacy, and automatic voter registration.

He said they were actively reaching out to state governments to make sure that they were amending their state constitution or state laws to lower the age of candidacy by Dec 31 so that the entire Bill would be implemented on both federal and state levels.

He said the additional young voters would give them the opportunity to have the loudest voice.

“They can become the kingmakers in the coming election. If young people use their voice well, they will be able to push and pressure political parties to make sure more young candidates contest and have more youth-centric policies,” he said.