An end to monkey business: The puppy in the clutches of the monkey (left) while Saru the puppy rests in his new home with owner Lew.

Seri Kembangan: You could call it puppy love after a monkey grabbed a stray pup from its litter in a housing estate in Selangor.

The bond lasted three days before intervention by animal lovers.

The dog’s tale had a happy ending, though, when the pup found a new home.

Winnie Lew, one of those involved in the animal rescue in Lestari Putra, Seri Kembangan, has since adopted the male black-and-white puppy and named it Saru, which means monkey in Japanese.

Lew said the monkey had been really gentle and affectionate towards its short-term ward.

“It was constantly stroking the puppy and we think that the monkey, being the only one in the neighbourhood, must have felt lonely and grabbed the puppy,’’ she said. 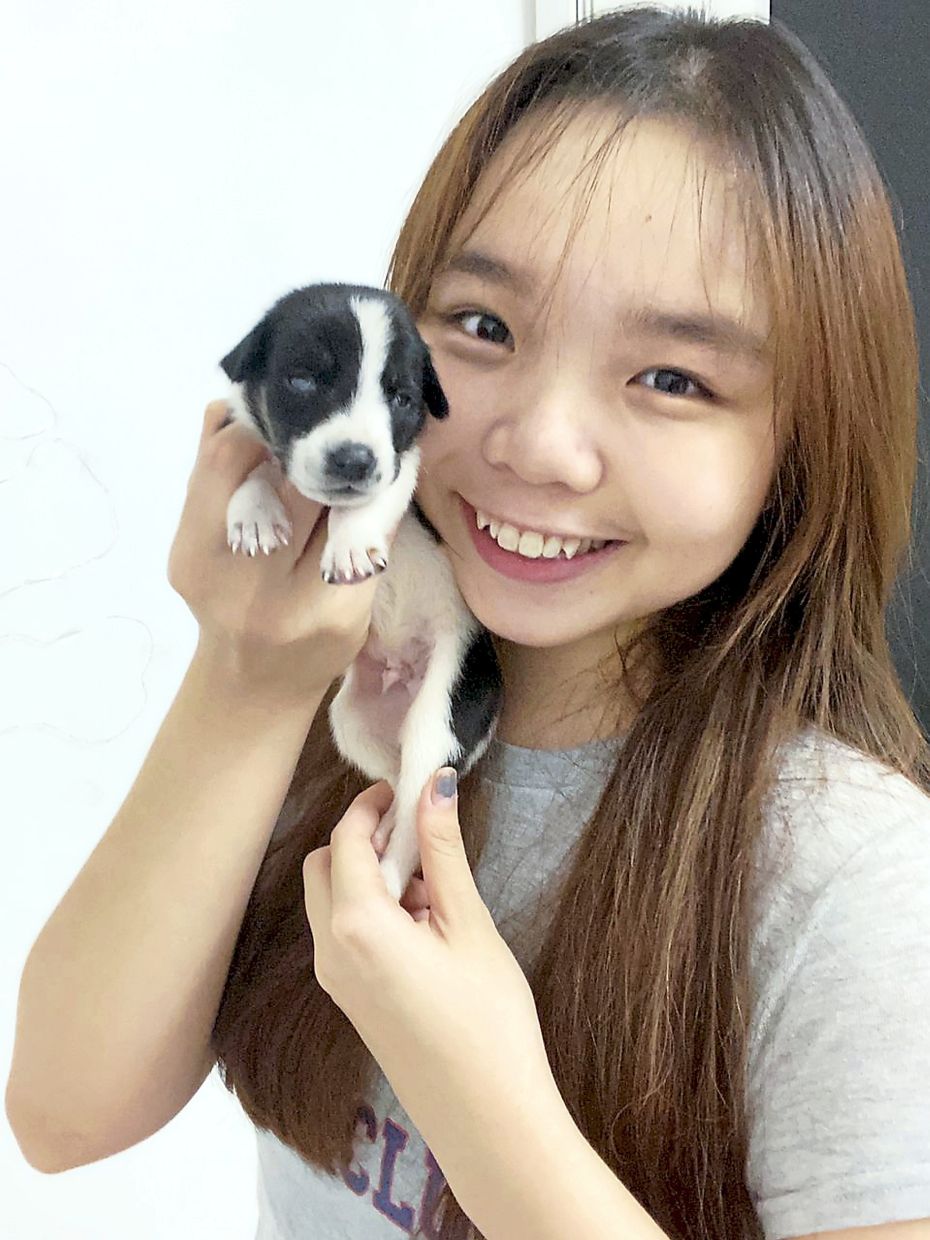 The little dog’s plight was highlighted recently by a Facebook user calling herself Veda Shree Sheshan whose cries for help on Facebook attracted attention to the puppy-napping case.

Veda Shree had also called various agencies including the Civil Defence Department but could not get the pup rescued.

Weakened by the heat and dehydrated, the puppy would have met a tragic end if help had not arrived in time in the form of reptile rescuer Francis Poh.

“I saw pictures of the monkey and puppy on Facebook and thought it was a hoax.

“But when I realised that it wasn’t, I reached out to help and went to the location to see what could be done,’’ he said.

Poh then spent some time observing the monkey which was perched on top of a tall tree with the puppy.

“I brought my nets and other apparatus but after waiting for 45 minutes, I realised that the monkey, which was also observing me, would not give the puppy up easily.”

Poh then had a “eureka” moment.

“I threw a cracker at the monkey, hoping the sound would make it reel in fright and release the puppy. It worked!” he said.

The puppy, he added, had a fairly soft landing in the undergrowth at the base of the tree.

Lew, her sister Cherrie and their friend Priscillia Chen, who were on standby, rushed the dog to the vet where it was given a thorough check-up and declared to be in the pink of health, other than slight dehydration.

“We are all puzzled as to how a two-week-old puppy survived without nourishment for three whole days,” said Lew.

There is also a theory that the monkey may be a mother who had lost her offspring and was lactating, and hence fed the puppy her milk. 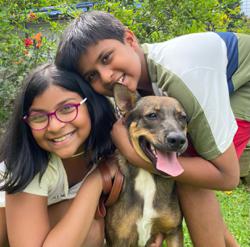 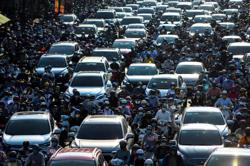