Cheras OCPD Asst Comm Muhammad Idzam Jaafar said they recieved a call about the incident at around 10.56am on Tuesday (Sept 21).

He said the Fire and Rescue Department was dispatched to the scene to put out a car fire.

"Investigations revealed the remains of an 82-year-old man in the driver's seat of the vehicle.

"The man suffered burns to at least 70 percent of his body. Checks revealed the vehicle, a Perodua Kancil, was registered to the man," he said in a statement on Tuesday.

He said CCTV footage showed the man got out of his vehicle at around 9.20am and then went back inside it about 15minutes later.

"A loud explosion occurred at around 9.50am believed to be caused by fuel as a plastic container was found in the front seat.

"The fire department also confirmed that the engine of the vehicle was intact and the fire was only confined to the vehicle cabin," he said.

ACP Muhammad Idzam said an interview with one of the man's children revealed that he suffered from depression and health issues such as diabetes and high blood pressure.

"The body has been sent to the Hospital Canselor Tuanku Muhriz (HCTM) for post mortem.

"The case has been classified as sudden death," he said. 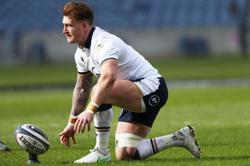