PETALING JAYA: The Datuk who allegedly ran a network of online gambling, illegal moneylending and crypto-currency mining syndicates here is expected to be charged on Friday (Sept 17).

Selangor CID chief Senior Asst Comm Nik Ezanee Mohd Faisal said the man and his wife would be produced at the Selayang Court on Friday morning to face charges under Section 4(1)(a) of the Common Gaming Houses Act.

"The main suspect is expected to be charged with three counts of keeping or using a place as a common gaming house while his wife would be facing one count of the same charge," he said when contacted on Thursday (Sept 16).

It was reported on Aug 16 that a police raid on an illegal online gambling syndicate last month eventually led police to uncover a larger network.

The suspect has been linked to illegal moneylending activities as well as electricity theft for a bitcoin mining operation.

Police estimate the syndicate managed to rake in at least RM52mil in profits through its illegal activities.

Continued investigations and intelligence gathering then led to the arrest of a 40-year-old man and his 41-year-old wife on Aug 11 in Rawang. 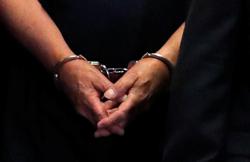