PSB was not invited to deal on the bipartisan MoU 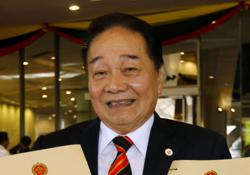 KUCHING: Local opposition party Parti Sarawak Bersatu (PSB) did not sign the memorandum of understanding (MoU) between the government and Pakatan Harapan, as it was not invited to join the negotiations on the deal, says its president Datuk Seri Wong Soon Koh.

"We wish to make it known that PSB was not involved in the deal from the very beginning.

"We were not invited to attend the briefing by Pakatan leaders on the contents of the MoU.

"However, even if we had been, it should be obvious that being briefed on the outcome is not the same as having a say in the negotiations," he said in a statement on Wednesday (Sept 15).

Wong said PSB would have strongly emphasised the restoration of Sarawak's rights as enshrined in the Malaysia Agreement 1963 (MA63) had the party been engaged in the deal.

He added that PSB was on the same page as Parti Warisan Sabah on the need for specific matters to be implemented pertaining to MA63 in the MoU.

"As it is, MA63 is very much a footnote in the compromise between the government and Pakatan, with Sarawakians in danger of being taken for granted," he said.

The MoU on transformation and political stability was signed on Monday (Sept 13) by the government and Pakatan leaders, paving the way for a bipartisan approach for stability and reforms.

Wong added that PSB would support genuine reforms that would benefit the nation and people, in line with what Pakatan had previously proposed in earning the people's mandate in the 14th General Election.

"As for our position on upcoming bills (in Parliament), we will maintain an open mind and support any bills that will benefit the people and promote greater democracy, transparency and equality in the country," he said.