GEORGE TOWN: A 38-year-old petrol station manager has been arrested after police found two cannabis plants on his balcony.

George Town OCPD Asst Comm Soffian Santong said the plants were discovered during a raid at the man's condominium in Ayer Itam at about 1.30am on Tuesday (Sept 14).

"Police initially arrested the man near the condominium after two packets of syabu and a packet of cannabis were found on him.

"Interrogation led the police to his unit where 13 packets of cannabis and paraphernalia to take the drugs were found in the living room.

"Two cannabis plants, one measuring 40cm tall and the other 19cm were found in pots on the balcony," he said adding that the man’s 36-year-old wife was also arrested.

ACP Soffian said the drugs were worth RM10,791 while both plants were estimated to be worth RM1,180.

"The man told the police that the seeds for the cannabis plants were obtained from the packed dried cannabis and he tried to replant them, and it worked.

"The plants were planted about five months ago and seem to be growing well," he said at a press conference at Northeast district police headquarters here on Wednesday (Sept 15).

ACP Soffian added that although the couple does not have criminal records, the man was tested positive for drugs.

The couple had been remanded for six days to facilitate investigations under various sections of the Dangerous Drugs Act 1952 including Section 6B of the Act for the planting or cultivation of certain restricted plants which carries life imprisonment and mandatory caning of not less than six times, if convicted. 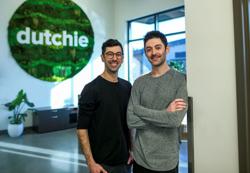