Some of the seized Tangar barks.

KOTA KINABALU: Two illegal immigrants were arrested for possessing forest products taken from separate locations including a forest reserve recognised as a Wetlands of International Importance under the Ramsar Convention 1971.

State Chief Conservator of Forests Frederick Kugan said the first case involved a 16-year-old who was nabbed when he was busy stacking Tangar tree bark in a boat on Aug 7.

"Our officials confiscated about 950kg of Tangar barks worth about RM12,350, nine boats, axes, tools and tents among others," he said in a statement.

He said based on the quantity of bark seized, they believe some 170 trees inside the Kinabatangan and Segama wetlands were chopped down.

This estimate was also from surveillance conducted using drones prior to the teenager’s arrest, Kugan said.

An accomplice of the teen managed to flee and a hunt was still underway, while the suspect would be deported soon, as per court orders following his arrest.

Tangar bark are among the main ingredients needed to make dye for clothes, as well as in the beverage industry.

Kugan said smugglers were entering the state illegally with the help of local syndicates.

He said the locations were important fish breeding areas where if disrupted or imbalanced, would affect the livelihood of fishermen in the area.

Kugan explained that forest rangers known as the Protect Team, together with other security agencies, were in charge of tackling these criminal activities.

In another case, a 38-year-old illegal immigrant was recently brought to the Sandakan Sessions Court for possessing Tangar barks at the Paitan Forest Reserve in Pulau Jambongan.

He was sentenced to three months’ jail.

He will be handed over to the Immigrations Department for further action once he completes his jail term.

Sabah’s wetlands covers up to 300,000 ha, which is the largest in Malaysia.

The locations of the wetlands are isolated and situated near far off islands, close to coastal areas where security has always been a source of concern.

Kugan thanked other security agencies for their help in the various operations and support. 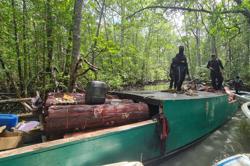 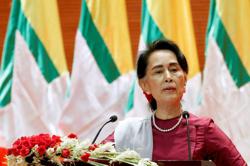