KUALA LUMPUR: Police have crippled a Latin-American robbery gang with the arrest of two men and two women.

The gang was believed to tail potential victims and rob them after they withdrew money from banks.

"Based on this information, a police team from Kuala Lumpur CID conducted an operation to track down the suspects involved.

""About 30 minutes later, the suspects were found along Jalan Berhala, Brickfields.

"The police blocked the suspects and attempted to arrest them," he said in a statement on Friday.

He said the suspects rammed into the police cars and also attempted to ram into police personnel there numerous times to try and escape.

"In self defence, police personnel fired several shots which hit the driver and the vehicle stopped. The suspect is in stable condition.

"We arrested two foreign men and two women in the vehicle. We also retrieved RM194,000 cash which was stolen by the suspects," he said.

"The suspects would puncture one of the car tyres to get the victim to stop and would drop money on the ground to distract them.

"While the victim was distracted, one of the suspects would go into the victim’s vehicle and steal the cash," he said, adding that they have classified the case under Section 307 and Section 395 of the Penal Code for attempted murder and gang robbery.

He urged the public to always be cautious and to bring a friend if they intend to withdraw large sums of cash.

"Do not fall for such distractions," he said. 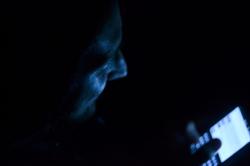