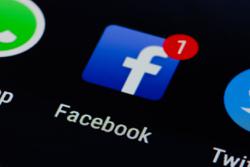 PETALING JAYA (Bernama): Two cases of poisoning involving the use of Ivermectin have been reported by the National Poison Centre, says the Health Ministry.

The Ministry said, in a statement on its official Facebook page, that the two cases involved a senior citizen and a 35-year-old individual.

"The 35-year-old reportedly took one Ivermectin tablet and had shortness of breath for five days after taking it.

"The senior citizen was found unconscious after allegedly taking 15 Ivermectin tablets at one go," the statement read.

The Health Ministry reminded the public that Ivermectin has not been approved for use as a treatment for or prevention of Covid-19 infection in Malaysia.

The Ministry also shared that there were reports of the drug being sold illegally in Malaysia.

"Using Ivermectin without in-depth studies and improper dosages can result in poisoning.

"Ivermectin can cause adverse effects such as vomiting, diarrhoea, abdominal pain and dizziness," it said.

The Ministry also said the worst side effects were shortness of breath, lung damage and even death.

Unfortunately, it said there was no specific antidote or treatment for cases of poisoning caused by Ivermectin.

On June 5, Health director-general Tan Sri Dr Noor Hisham Abdullah was reported as saying that the Ministry and the Institute for Clinical Research (ICR) had started clinical trials to study the use and efficacy of Ivermectin for high-risk Covid-19 patients at 12 hospitals under the ministry.

However, the evidence is inconclusive to recommend routine use of Ivermectin for Covid-19 patients, he added. - Bernama 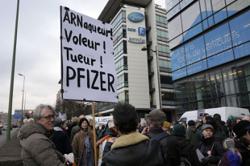