Ismail, who is also Deputy Housing and Local Government Minister, said his stance to support Muhyiddin and the government because of his sense of dedication and responsibility to religion, race and country.

He stated his support after expressing his appreciation to the Yang di-Pertuan Agong for his wisdom and concern for the people and over the problems affecting the country.

"I state my full support to the prime minister as the head of the Malaysian government," he said in a statement on Wednesday (Aug 4).

In a special address earlier Wednesday, Muhyiddin said that he still had the support of the majority and the issue of his resignation did not arise.

The Prime Minister said he had briefed Al-Sultan Abdullah Ri'ayatuddin Al-Mustafa Billah Shah at Istana Negara on Wednesday and His Majesty had agreed for him to prove his support in Parliament through a vote of confidence in September.

There were 10 MPs who stood behind Ahmad Zahid during his announcement, which was livestreamed online. 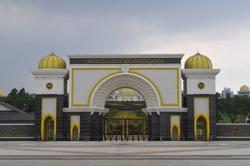 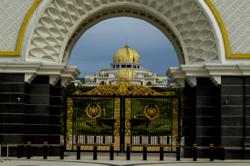