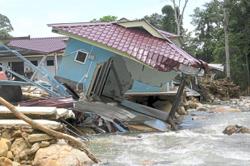 ALOR SETAR: The record surge of Covid-19 cases in Kedah came from close contacts of those who caught the virus at industry clusters, says state Health director Dr Othman Warijo.

He said most of the cases were of family members and friends of those who work in factories that had contracted the virus earlier.

“These cases originated from several industry clusters earlier. Most of them have relations with those who work in industrial areas in Kedah and Penang,” he said.

Dr Othman said the cases spread fast in the community when there were positive individuals returning home from work and subsequently infecting family members and fellow villagers.

He said the spike in such cases could be seen in Kuala Muda, Kulim and Baling districts where most of the cases were of close contacts and symptomatic screenings.

He said the virus was now in these communities, triggering new clusters that were first caused by factory worker clusters elsewhere.

Dr Othman pointed out that cases in the state have also increased because many slack in observing the standard operating procedures in the communities.

“We found there are new clusters that were caused by the gathering of people in villages and residential areas,” he said.

Kedah’s Covid-19 situation is seeing signs of escalation, with a surge in infections in several areas in the state.

Total new daily cases breached the record of 937 in Kedah on Friday and slid down to 867 yesterday.

The state has been recording a few hundred cases each day for over a week.

Meanwhile, Mentri Besar Muhammad Sanusi Md Nor said the state would receive more vaccine supplies next week to speed up the vaccination process in the state.

“The excess of vaccine supplies at the vaccination centre in Langkawi will be sent to the mainland too,” he said after chairing the weekly meeting of the state’s special security committee on Friday. 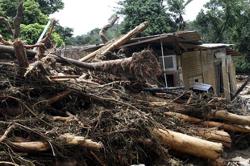