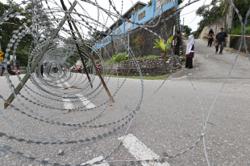 He said he had ordered district police chiefs in EMCO areas to immediately set up police posts and roadblocks to ensure that residents do not manage to get out of these areas.

"The moment we are informed or tipped off that a particular area to be placed under EMCO, we take immediate steps to cordon off the area," he said on Sunday (July 25), commenting on people leaving their homes just after the government sets a date to place an area under EMCO.

Concerns have been growing among authorities and the public that many residents in such areas have been known to slip away and live elsewhere until the order is lifted.

"We will also check on nearby homestays and budget hotels and trace the people (concerned)," Comm Hazani said amid a growing number of Covid-19 cases in the state.

"We are trying our best (to stop them) and this time, no more discretion, we will enforce SOPs strictly. We will no longer tolerate anyone ignoring SOPs," he said.

He added that many people were now ignoring SOPs including observing the 3Ws of wearing a mask, washing hands and watching physical distance; and avoiding the 3Cs of crowded spaces, confined places and close conversation.

Sabah continued to see a spike in cases, registering between 400 and 800 daily over the past week. 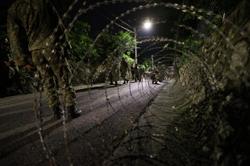