In a joint statement, the council said that the Yang di-Pertuan Agong had issued a statement on June 16 stating his view that Parliament should reconvene as soon as possible so MPs can debate the Emergency Ordinances, National Recovery Plan and government spending related to the Covid-19 pandemic.

The King also expressed the same sentiment on Feb 24 and June 29.

"His Majesty's vision is the same as the rakyat's aspirations who want to see an end to Covid-19 and the current economic challenges faced by the country," the Pakatan presidential council said in a statement on Sunday (July 18).

It also noted that there would not be a motion of no confidence tabled by Pakatan against the Prime Minister as it wanted to give full focus on the rakyat's problems following the Covid-19 pandemic.

"Pakatan urges the Dewan Rakyat Speaker and the Perikatan Nasional government not to disobey the King's views and open the space to allow for debates as well as to decide in order for Parliament to function as normal," the presidential council said.

The upcoming Parliament meeting will consist of a special five-day briefing session for MPs beginning July 26, and two separate meetings that will take place for 15 and 32 days, respectively, from September onwards, says Datuk Azhar Azizah Harun.

The Dewan Rakyat Speaker said he was informed on Thursday (July 15) by Prime Minister Muhyiddin Yassin that for public interest, a special meeting must be held in accordance with Standing Orders 11(3). 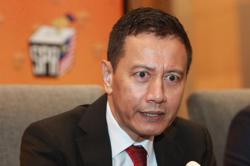