The Bayan Baru Umno division chief, aged 58, pleaded not guilty before Sessions Court judge Norhayati Mohamad Yunus to money laundering amounting to over RM11mil in cash and other items, including shares and property.

Based on the charge sheet Mansor, the Batu Maung assemblyman from 2004 to 2008, was charged with laundering money by involving himself in illegal transactions, receiving money in cash, assets and shares via different companies.

He was charged with 42 counts under Section 4(1)(a) of the Anti-Money Laundering and Anti-Terrorism Financing Act 2001, which carries a maximum fine of RM5mil or jail not exceeding five years, or both, if convicted.

He was also charged with 64 counts under Section 4(1)(b) of the same Act, which provides a maximum 15-year jail term and a fine of up to five times the proceeds from the illegal activities, or RM5mil, whichever is higher.

These charges were for similar transactions over the same period.

Mansor was represented by Kek Boon Wei and Helen Ng.

Bail was set at RM500,000 with one surety and Norhayati set Sept 28 for submission of documents.

It is understood that Mansor's arrest was based on a MACC investigation and operation carried out in August last year.

He will also be charged with similar offences at the Kuala Lumpur Sessions Court on July 15. 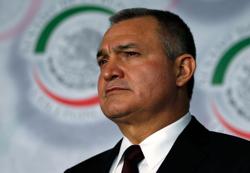