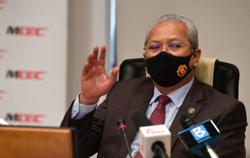 BATU PAHAT: A 70-year-old man is hanging on to the hope of reuniting with his blood relatives even though he has been trying to locate his biological family for decades.

Ng Hing Loi (pic), who was adopted by a couple when he was about two, works as a centre manager at a shopping mall here.

He was born Chue Joon Huat at Hospital Sultanah Aminah, Johor Baru, in May 1951, and said he first realised he was adopted when he was in Form Two.

“I stumbled upon my birth certificate at home and noticed that I had two different names.

“I asked my parents about it but they refused to admit it, which I believe was part of their prior arrangement with my birth parents, and I just figured it out on my own.

“My adoptive father didn’t really like my mentioning my biological parents and refused to divulge much information,” he said in an interview.

Ng said growing up, he and his adoptive parents moved from Kulai to Selangor before finally settling down back in Kulai where they ran a sundry store.

While he furthered his studies and eventually started working in Kuala Lumpur, he still visited his adoptive parents regularly.

“It was not until my adoptive father passed away in 1988 that I seriously started to try and track down my biological parents and relatives with the limited documentation and information I had.

“My efforts have not been successful despite various attempts, including visiting my biological parents’ last known address in Ban Foo, Ulu Tiram in Johor Baru where they used to work as rubber tappers.

“My original birth certificate only had their names written on it, without any identification numbers, so it was difficult for me to trace their whereabouts through the National Registration Department.

“My biological parents, Chue Ah Kow and Tai Jok Boi, were of Hainanese descent and I tried searching for them through the Hainan Association in Johor and Kuala Lumpur but was unsuccessful,” he added. 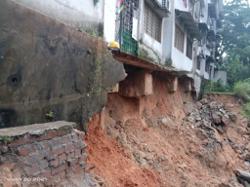